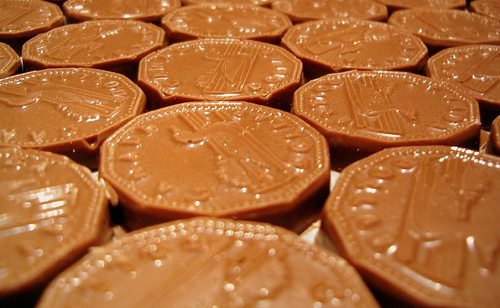 Eighteen months ago, we decided to develop Hotel Chocolat’s St Lucia plantation and open more stores here and abroad all at the same time. But we realised that it would take quite a bit of investment to pull it off.

So we thought we d do something with our customers after all, it’s nicer to pay
out interest to your customers than to a big bank, right?

In the twenties, businesses launched “fan bonds?, where a company raised cash from its customers. Our take on the idea was that the return would be paid entirely in chocolates.

We realised quickly that we had an in-built mechanic for this: our Chocolate Tasting Club, which we launched in 1997. Every month, our chocolatiers come up with a new set of chocolates, which we send to customers for them to score and assess. With 100,000 active Chocolate Tasting Club paying members, it was a perfect platform for the chocolate bond.

To test the waters, we wrote letters to these members, asking whether they?d be interested in participating. The strong response convinced us to go ahead.

Because the scheme would be about getting people to invest, it needed to be regulated by the FSA. The legal side needed to be covered, too, so we engaged BDO, the accountancy firm, and a law firm called Memery Crystal. Our advisers were enthusiastic they saw straight away that we already had some of the key building blocks to making this thing work.

We wrote a 30-page prospectus, which included full details of what we wanted to use the money for. This is very important; if you’re asking your customers for money, they?ll want to know why.

We also wrote the invitation document, talking about our plans in St Lucia and
how we wanted to expand our retail chain.

We put a lot of effort into the communication investors want the full story and the full financial background. We only targeted members of our Chocolate Tasting Club, as they were already spending money on the boxes. Here was a way that they could roll
up what they were going to spend anyway, and receive their chocolate-tasting boxes for free.

We knew that this would be PR-able, so we hired financial PR specialist Citigate. They spread the word about us wanting to raise between £2m and £5m from our customers to fund our development, and that we d pay the interest back in chocolate.

The coverage was invaluable. We were inundated with stories: CNN, Bloomberg TV, the New York Times, the Washington Post, Le Monde the story was published all across the world.

We offered two bonds: a £2,000 bond and a £4,000 bond. The former entitles you to a chocolate-tasting box every other month ? six selections per annum. The £4,000 bond gives a slightly higher return of 13 selections a year.

If you value it based on the retail value of the chocolates, the £4,000 bond gives you a gross rate of return of 7.88 per cent ? a higher rate than you?d get from depositing your money in a bank. It’s win-win all round.

From idea to launch, the process took six months, so it was relatively quick. We were surprised by the strong uptake from the invitation letter. We signed up around 1,500 bondholders, raising £3.7m, which was at the top end of our expectations.

The bonds last for three years so they?ll mature in 2013. Then, bondholders can either elect to have all the money repaid, or they can leave the bond as it is and continue to receive chocolate returns. So effectively, they?re inflation-proofed.

The cost to the business is made up of two things: first, the actual cost of the products; then the opportunity cost of foregoing the spend the customers would make otherwise. We also spent £50,000 on our advisers” fees not insignificant.

It’s important to understand that we didn?t do this to find the cheapest way of getting development capital ? it isn’t. You have to look at it holistically. It’s got to be a fair deal for both you and your customers.

The key to making it work is to have a very close connection to your customers. If you’ve got a model where you’re selling through a third party, then they have the connection with the customers, not you. That would make it tougher.

Your brand also has to have a reputation for integrity and straightforwardness, so that your customers know they can trust you.

It’s been a great experience for us, and the money is working hard. We ve already made some big investments: opening a restaurant and hotel on our plantation in St Lucia; commencing the construction of our chocolate factory; and opening stores in the UK and US.

Angus Thirlwell is founder and CEO of Hotel Chocolat.