No corner of UK business has been left unaffected by the upheaval of the past two years. From high-street shops to complex industry supply chains, the downturn sent sales spiralling – in the case of the auto industry, production virtually stopped overnight.

In such an environment, how are companies of all sectors to respond? In the fight to remain profitable, they have had to revisit and hone all aspects of their operations, and think smart and fast about introducing new practices. At the customer interface, too, savvy new marketing and sales initiatives have emerged to persuade consumers and clients to continue spending.

So which tactics work best? We asked some strong performers through the recession about their strategies for success.

It’s no surprise that price cuts are sensible, particularly in retail. “Price has moved up shoppers’ agendas in recent months and remains a key driver, both when selecting a retailer and choosing products,” says James Walton, chief economist at food and grocery research house IGD. “The internet has given them access to detailed and up-to-date pricing information – something not seen in previous recessions.”

But the right cuts depend on a superb knowledge of your customer’s values. If they want you to remain high quality, then quality must stay. The doyen of UK retail, Marks and Spencer, led the market in responding to the market in late 2007.

“We called the next recession very early,” its chairman, Sir Stuart Rose, told the CBI annual conference in November 2009, explaining that the firm’s analysis of its 21m customers per week revealed that their spending habits were changing.

Yet M&S couldn’t allow price cuts to undermine its reputation for quality. It had to stand by its core values but fit more closely to customers’ expenditure. “Our response was to send a message to our customers that we know it’s tough for you, we’re on the case and we hope you can trust us to do the right things,” Rose said. It launched the successful “Dine in for £10” promotion, which offers a main meal, side dish and dessert for two adults with a bottle of wine for £10, to appeal to the newly cost-conscious middle class. “It is absolutely the most favourite thing we’ve had in promotional activity in probably 25 years and has been much copied,” he added.

The tourism industry countered a precipitous decline in travel by slashing room rates and upping promotions of budget brands. Hotel and restaurant operator Whitbread sustained the performance of its 578 UK and Ireland Premier Inn hotels this way: it cut room rates as low as £29, offered two-for-one room deals online – and introduced airline-style self-service check-ins at some hotels.

Discount vouchers have been another big win. Customers who once viewed coupons as an embarrassment now see them as an important incentive to buy. Sites such as VoucherCodes.co.uk have boomed: Nielsen figures show that 9.8 million Britons used discount voucher sites in 2008.

Yet price cuts are tricky in a weak economy. “It can be a very dangerous, slippery slope,” says Michael Luger, director of Manchester Business School. “You discount because you don’t want to lose customers, but you don’t want to change their expectations of your overall prices. If that happens, you don’t get your margins back and you’ll never return to the level of profitability you had before.”

Matt Button, head of customer relationship management at HMV – which has avoided major discounting – agrees. “There’s a danger that you can devalue the products you sell in the mind of the public and make them less desirable,” he warns. Deep discounting also risks giving the impression you’ve been overcharging in the past. It can also convey a hint of desperation.

Expensive purchases, whether a car or new kitchen, look foolhardy in recessions. How can companies selling big-ticket goods drive sales? Adding more contract flexibility, insurance or even repayment holidays can reassure buyers that they won’t be penalised should their financial situation deteriorate.

Hyundai added extensive warranties to its cars to secure new sales. In the UK it now offers a five-year, unlimited-mileage manufacturer-backed warranty that protects against manufacturing defects. In the US it has gone further: in January 2009 it launched Assurance, a vehicle return initiative that allows customers to return the car and walk away from their financial obligations within the first year if they lose their income. Buyers are protected from up to a $7,500 shortfall owing to depreciation in extreme personal circumstances, including involuntary redundancy. It has been a roaring success: January 2009 sales were up 14 per cent year on year at a time when other manufacturers saw double-digit losses. 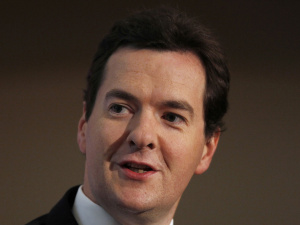 How to win business at London 2012