Rick Alden understood this. Accidentally. An avid snowboarder, he built two businesses that catered to the boarding community. His first company ran big competitive events – so he got to meet his customers face to face in large numbers regularly. His second business, which designed and manufactured devices for attaching boots to boards, solved one of their biggest problems. Boarders were, so to speak, his base.

So when he had an idea for a third business, it was natural he’d turn to that base. Only this time, the idea wasn’t intrinsically related to the sport. Sitting on a London tube train one day, he watched commuters miss their phone calls because they were listening to their iPods. Plugged into their headphones, they couldn’t hear their mobiles ring. Why not, he thought, be able to plug into both simultaneously?

Alden’s new product – the Skullcandy LINK headphone that could plug into both phones and music devices – won the Design and Innovation award at the Consumer Electronics Show in Las Vegas in 2003. His device was relevant to everyone. But who did he focus on? Snowboarders. Why? They were his people. He knew them intimately – and he knew all the key retailers and distributors in the field.

It was an accidental choice but, with no money for a massive marketing campaign, a necessary one that made all the difference. Think about it: an unknown company sets itself up against all the established brands – Sony, KOS, Phillips. No money for advertising; retail shelves are full. You have no chance.

But by focusing on the niche market of snowboarders, Alden’s new company could concentrate on one group whose style, preferences, language and taste he knew exhaustively. Like any community, boarders talk. When they like something, they share it. Moreover, with very specific needs, Alden could provide his market with perfect products: headphones in beanies, headphones in helmets, headphones in back packs. He understood his market beyond anything the mighty Sony was capable of.

It helped, of course, that Alden’s firm launched at a time when snowboarding was (as it still is) a popular and cool sport. It also occurred when iPods were sufficiently ubiquitous that the little white Apple headphones were starting to look just a little bland. Alden’s key insight was that earbuds or earphones could be every bit as much a fashion statement as your watch, handbag or sunglasses.

Just three years after the first product launch, Alden’s company got the chance to sell through major retail outlets where, today, it is the second biggest seller after Sony. Not bad work for eight years. In 2009, revenues hit £80m, having never taken venture or institutional funding.

It’s important to recognise that Alden wasn’t an acoustic engineer or any kind of technologist. What he brought to his idea was his knowledge of a highly defined market that he delighted so profoundly that they became evangelists.

This is how Apple developed into a mass marketer: by focusing on the 2.5 per cent of passionate fans who would try any of their products. It’s how Nike moved from pro-athletes to the feet of commuters and dog walkers. The power of niche markets is that they allow you to define your customer so specifically that you can convert your customers into your sales force. 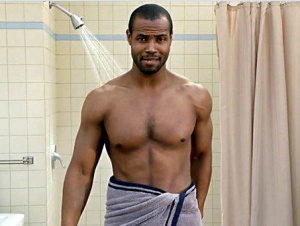 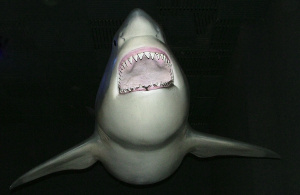 Why do we admire the killer instinct?