How to win business at London 2012

It’s going to cost nearly £10bn to put on the London 2012 Olympic and Paralympic Games. The bulk of that money is flowing to companies helping the organisers put on what will be the greatest event on Earth.

Aside from the prospect of some good business, working on London 2012 has fringe benefits. It’s a huge motivator for staff people have a lot of pride that they?re working on the Olympics,” says one supplier to the Games, whose name we can’t reveal without breaching his contract with London 2012 (we ll come to that later). Let’s call him Alan. His IT-based company employs 30 people. They?ll always have that on their CV, which is a huge plus. And it makes you more attractive to potential employees.

So who do you call to get a piece of the action” London 2012 is made up of two organising bodies. The Olympic Delivery Authority (ODA) is responsible for the infrastructure of the Games in 31 locations around the UK. And the London Organising Committee for the Olympic Games and Paralympic Games (LOCOG) will run the events.

Staying in touch with the ODA and LOCOG is obviously a good way of keeping track of headline opportunities so the first step is to sign up for the email alerts and get your profile up, the web site where companies with tenders related to the Games and suppliers get matched together ahead of any formal bidding for jobs (see box overleaf).

According to the Department for Culture, Media and Sport (DCMS), more than 1,000 businesses across the UK have won direct contracts with the ODA, through its project management consortium CLM. But remember that the ODA is only going to be dealing with ?tier-one suppliers. So if you don’t have the capacity to fulfil an entire tender, they?re unlikely to be interested. In any case, although there’s plenty of landscaping and transport infrastructure to build, all of the actual venues are now under way.

LOCOG is also issuing tenders, but the bulk of its spending will come in 2011 for test events and preparing facilities and in 2012. LOCOG’s work is less focused on construction, and there are likely to be more openings for smaller businesses with specialisms such as marketing, technology and professional services. But the bulk of work will still be handled by top-level contractors.

The ODA’s £5bn-worth of contracts have already created thousands of opportunities throughout the supply chain, says the DCMS. Although they?re committed to spreading 2012-related work around the UK and to smaller businesses, the Games agencies recognise that around 80 per cent of the work will be parcelled out to contractors” existing suppliers. So don’t neglect your contacts book.

?We won the London 2012 business through a large civil engineering company that we ve built a relationship with over time,” says Alan. That takes away a lot of the contracting pain for us. When you’re working directly for the ODA, you get thrown boilerplate contracts asking you to meet certain conditions, which are fine if you’re a big engineering company, but tough to manage if you’re small.

Keep an eye on the contracts that are being awarded they?re published on the web and if companies you work with regularly are winning business, get in touch. The contract-win lists will be a useful focus for sales calls, too. And make sure you watch who’s bidding for work. Alan points out that his company’s technology was featured in several main contractors” bids for Olympic Park work. If you can sell in to all the bidders, you’re on to a winner. 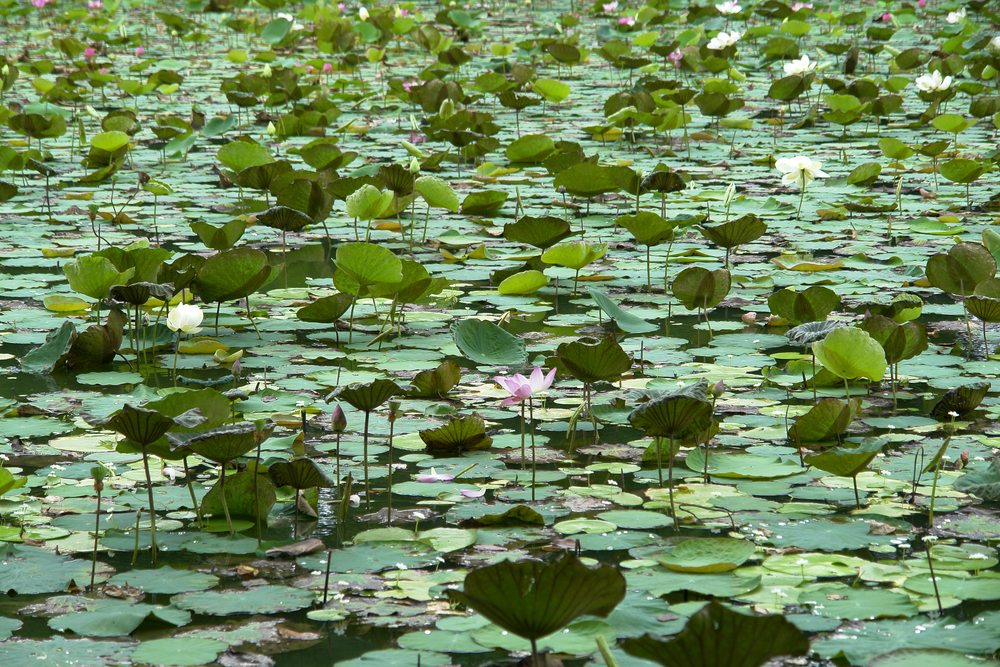 Navigating the murky cyber waters created by a mobile workforce

However, with great flexibility comes great responsibility?" and a massively increased cyber security risk. With this in mind, the following... 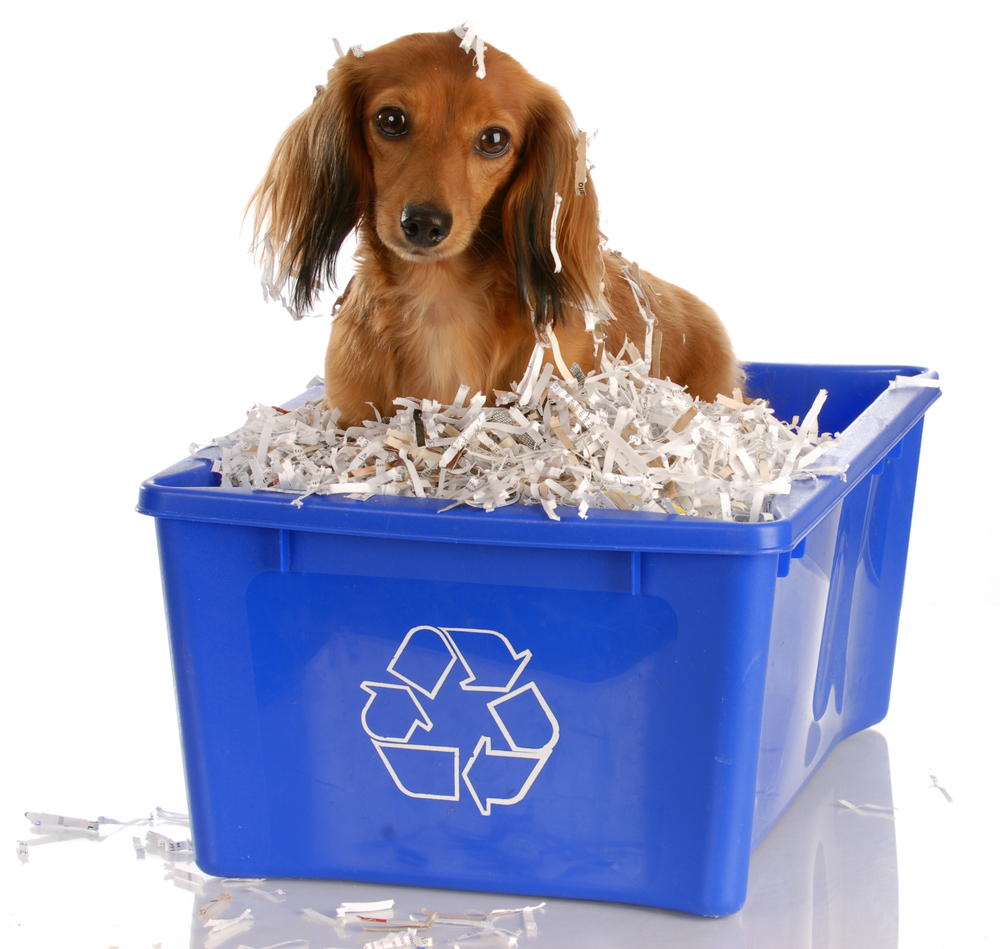 This is your one chance to turn the tables on a Dragon join James Caan for a Twitter debate on... 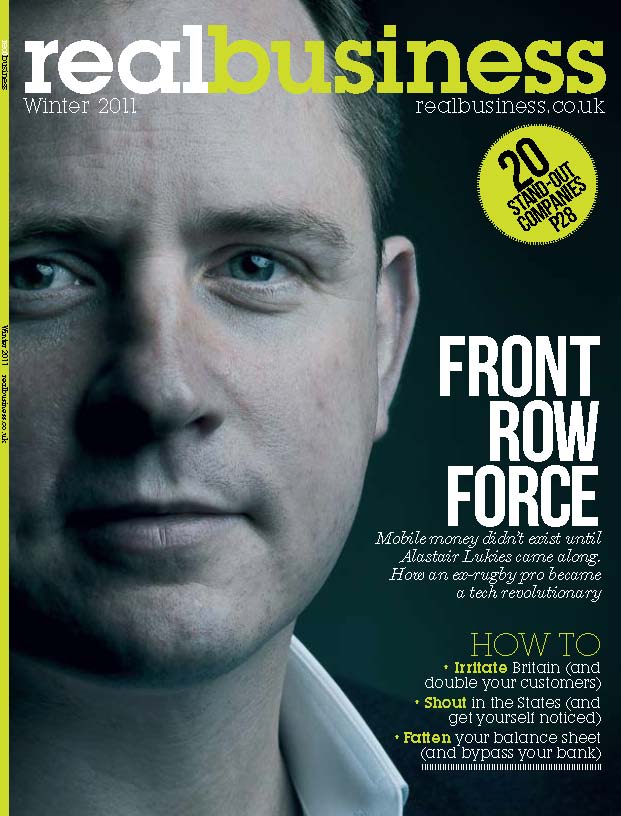 What's inside  ?Venture capitalists are evil?: We pitch Karen Darby (founder of SimplySwitch) against David Peto (founder of Aframe) in... 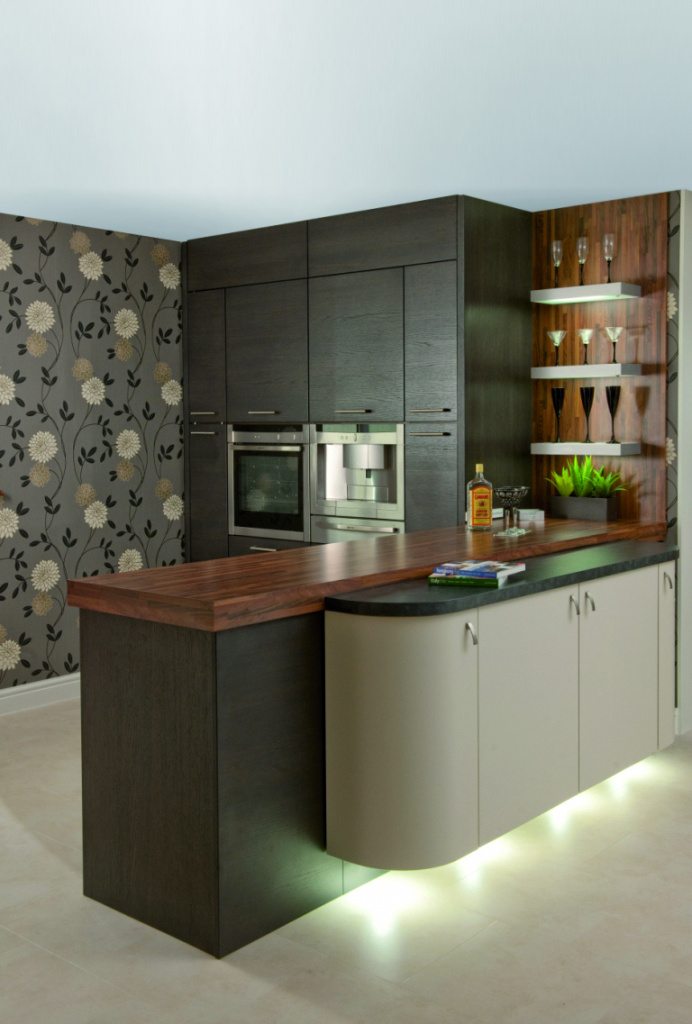 For Brian Lakin, the founder of kitchen manufacturer and retailer Sigma3, 1998 holds bad memories. That year, an electrical fault... 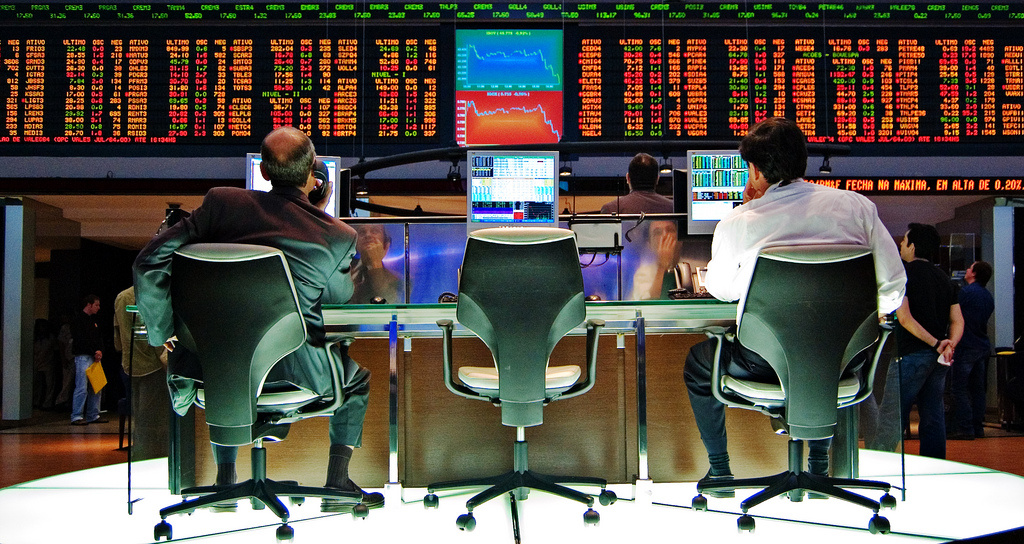 Cash vs equity: How to get the best deal from an exit

Cash is the global tradable ; liquid with a defined and stable value, subject to protecting it against inflation and... 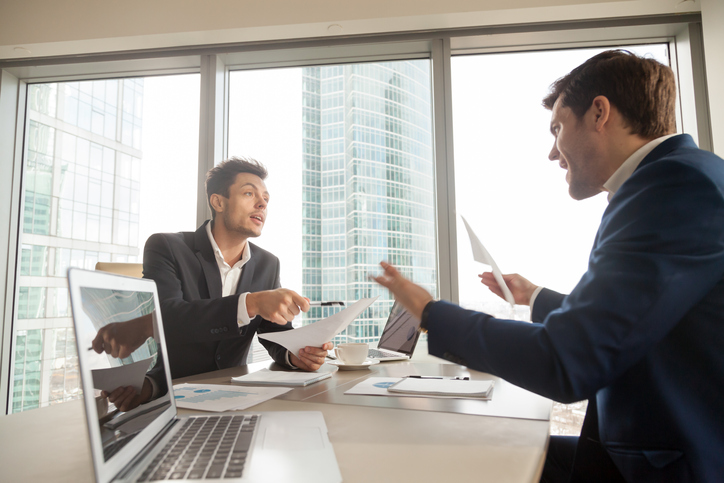 It's apparently all doom and gloom for businesses. What will happen if we crash out of the EU without a...

Marc Bolland, CEO of M&S, has announced that he is curbing the company's ambitions of opening 250 stores overseas within three years.This... 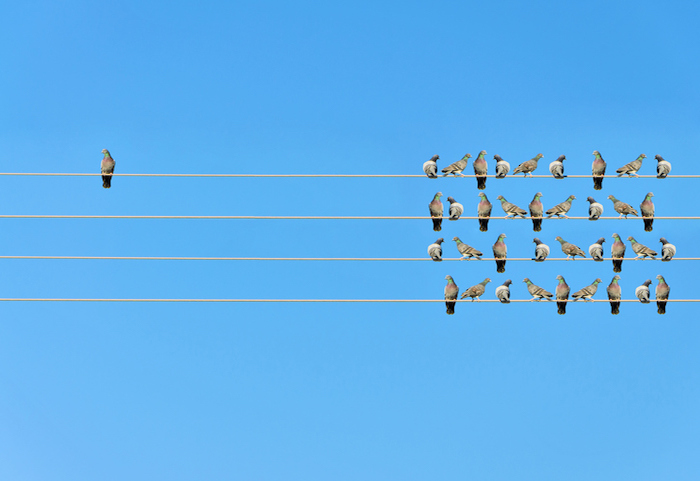 Ruffle feathers or make friends how to be a disruptor

My co-founder and I caught the disruption bug about three years ago. We wanted to build a new type of...

If you're unfamiliar with the origin story of Blippar, the firm, which raised $45m in March, started as a bit...

Achieve relevance through tips from Disney, PlayStation and Netflix

While John Lewis made it into eight place, the BBC found itself ranked 19th. And Ian Kirk, partner at Prophet,...

Research carried out by The Grass Roots Group reveals that the vast majority of consumers were unaware of whether their home... 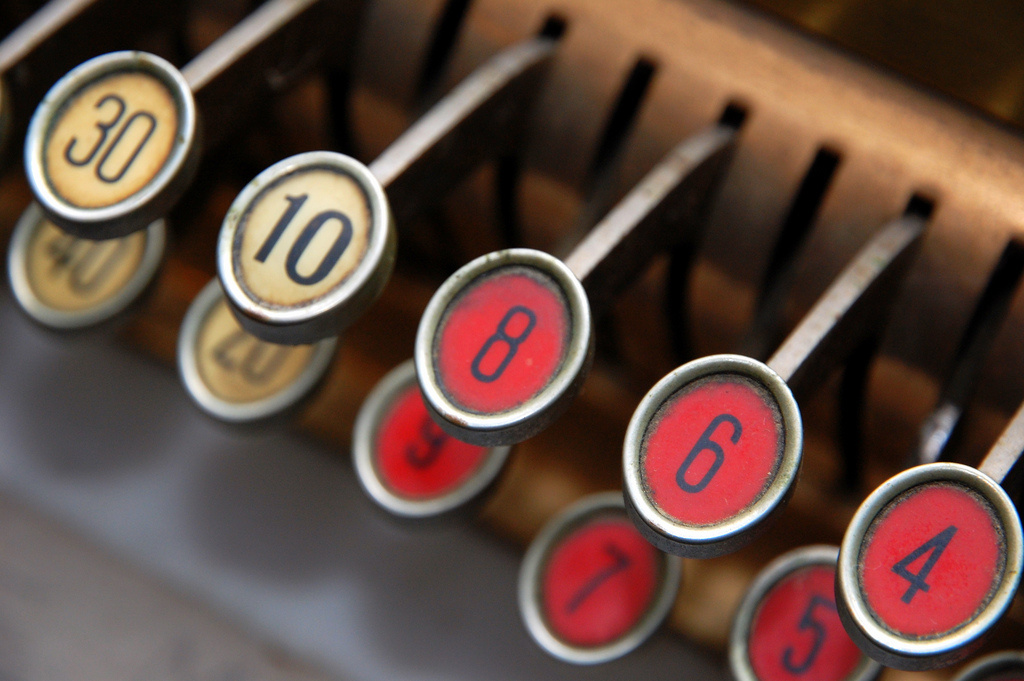 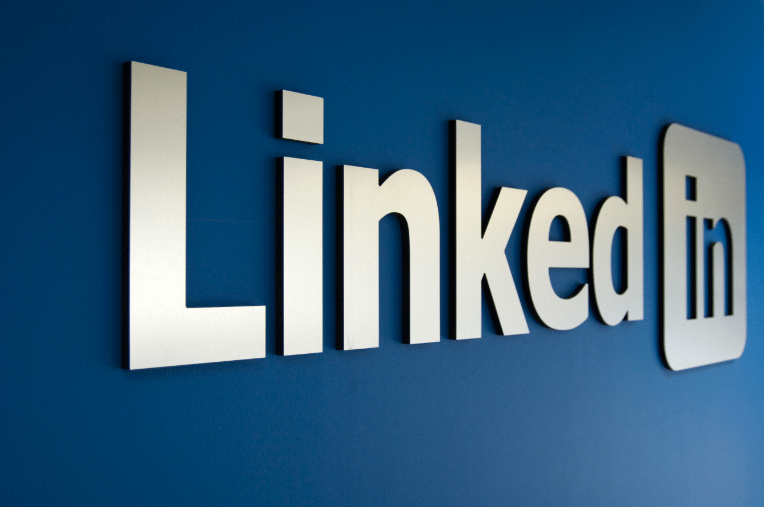 How to use LinkedIn groups to win business

LinkedIn can help you find new prospects and discover more about them before you even think about 'selling?. One good way...

How to build your business on social media in eight steps

It may not cost anything to use Facebook and Twitter, but engaging with social media channels comes with a hidden...

This month we received, as any business will, a handful of negative reviews. We aren't ashamed of this or looking...

A few years back Technetix was one of the UK's fastest-growing businesses a fact made doubly amazing because it was...