This is by far the most important stage. When I wrote my first job spec, I didn’t do a very good job. It looked exactly like the other job specs out there, listing a bunch of skills that I was looking for.

Take your time as you will realise you have made assumptions on the skillsets you require, or you aren’t clear on what the role will become once the “project” is over. And once you have clarity on the role, you will be able to better assess a candidate’s CV.

Three key elements to focus on:

When I began recruiting for the first time, working with recruiters was quite hard. I would be sent a hundred CVs a day and would be called incessantly regarding those. From looking at the CVs coming in, it was obvious that the recruiters had a limited understanding of the job spec and the kind of candidates I was looking for. Something was seriously wrong.

Surely, filtering candidates was their job, wasn’t it? Why was I spending over half of my day going through CVs and rejecting 98 per cent of them? I got in touch with more recruiters, spoke at length with them on the phone or in meetings, explained what I was looking for and made it clear that if I started rejecting more than 50 per cent of the CVs, I would not be working with them anymore.

During these conversations, I had interesting reactions – some recruiters were quite offended. They had to send me lots of CVs because “you might miss some good candidates!” And then, other recruiters weren’t. They were patient, asked intelligent questions, and understood that it was better to send a select few CVs. They were the ones I wanted to work with.

I narrowed down the number of recruiters to two. I created a process – CVs would come in on Monday and Wednesday mornings and I would respond on Wednesday and Friday afternoons. Interviews would be set for the following week.

This system worked wonderfully for me. I wasn’t interrupted throughout the day and expectations were managed across recruiters and candidates. I have continued working with these two recruiters (even after they changed agencies) and will do so in the future.

When you have a new job spec, take time to explain the requirements to your recruiter. When they come back with CVs, tell them why you liked some and why you discarded the ones you did. Good recruiters will understand what you are looking for and will start sending you more relevant CVs.

And finally, it’s always worth following up on how the recruiter communicates with candidates. This can be done by checking the job spec document that they send candidates. Recruiters create their own version of the job spec before sending it to candidates. This is done to hide the name of the company and make it hard for the candidate to apply directly without going via a recruiter. Also, always follow up with the recruiters on where they post on the internet. Following these steps will help to ensure your company and job spec are portrayed in the way you intended!

Pravin Paratey is CTO of Affectv.

If entrepreneurs fail to plan an exit, do they plan to fail? 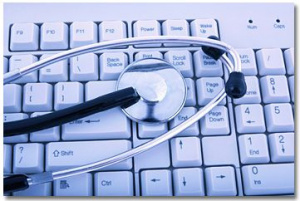 How to reduce the risk of cyber security breaches