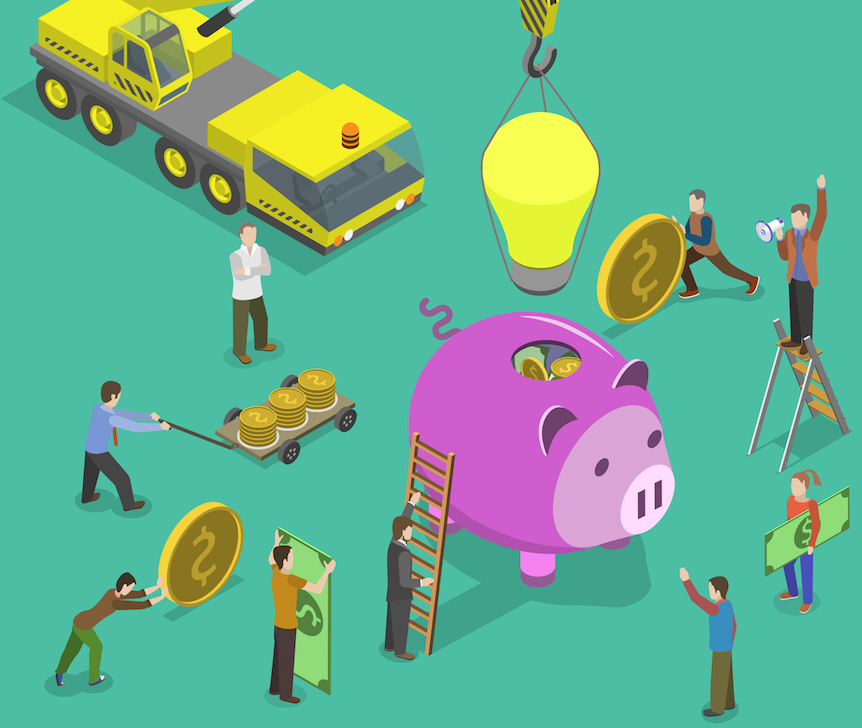 Share via
The study coincides with the news that British crowdfunding leader Crowdcube experienced a record-breaking year in 2015. The company, which will launch a Manchester office in February to serve the Northern Powerhouse, saw investments hit ?83m. It was achieved as the Crowdcube platform experienced 116,000 new investors sign up during the year, taking the total number of users to 240,000. ?2016 will be even bigger and better as we see average investment rounds grow. We?ve done close to 20 raises over ?1m this year, firmly placing crowdfunding as a way to secure Series A funding. This will continue and we may see crowdfunding become part of more Series B and Series C fundraising,? said Crowdcube co-founder Luke Lang. The research from Juniper, entitled Crowdfunding: Strategies & Impacts for Technology Markets 2015-2020, said the growth will be stimulated by equity crowdfunding ? which it called a ?less well-known method of funding? ? as VCs and angel investors slow funding ambitions down. While equity crowdfunding is fast becoming the norm in the UK, it?s had less of a warm welcome in the US. However, the method was given approval in November, at which time British platform Seedrs announced its commitment to American investors and startups. ?We believe this heralds the emergence of equity crowdfunding as a vibrant form of finance in the United States ? just as it has become in the UK and Europe ? and Seedrs is perfectly positioned to take advantage of the sector?s growth,? said Seedrs CEO Jeff Lynn. He added the company?s presence would grow ?significantly? this year.

Juniper highlighted the UK as the leading market for equity crowdfunding regulation and named Crowdcube for the successful model it?s established. It?s thought that other nations have almost no choice but to follow the trend and allow non-professional investors to to participate in investments.

With the progress Seedrs has made following the JOBS Act ruling, it?s believed the US has ?considerable promise? and a surge will take place from January 2016 onwards as platforms open for registration. Reward-based crowdfunding has been the most recognised model, but that is set to change as attitudes to equity crowdfunding evolve. Juniper documented Kickstarter and Indiegogo as the most widely adopted reward-based channels, however, noted the sector?s ?high-profile failures?. For example, drone business Zano, which referred to itself as ?the world’s most sophisticated nano drone ? aerial photo and HD video capture platform?, raised ?2.3m on Kickstarter. However, while the Welsh company was the largest ever project to be funded in Europe, it collapsed and left the 13,000 backers angry, confused, and at risk of not seeing their money again. It came after the company?s CEO Ivan Reedman resigned. “It is with great sadness I write to let you know that I have resigned from Torquing Group. My resignation is due to personal health issues and irreconcilable differences,” he said. The closure was so abrupt and unexplained that it prompted Kickstarter to appoint freelance journalist Mark Harris to investigate. Harris said: “Kickstarter has asked me to lay out the progress of the project, from start to finish; to discover what happened to the over ?2m in funds pledged.? Juniper claimed such disasters have led platforms to consider hybrid models of equity and rewards, so users can invest in the company itself as opposed to simply receiving a gift for contributing capital. Lauren Foye, report author at Juniper, said: added: ?The hybrid concept has been demonstrated recently, with videogames crowdfunding platform ?Fig? hosting projects to be backed through a combination of the rewards and equity models. ?Equity is attractive for consumers, who feel they may be investing in the next ?Oculus Rift? or ?Pebble Time?, hence in line to make a significant profit.? By Zen Terrelonge Image: Shutterstock