When Smart Cookie won the contract with American Airlines it was very exciting. It really did feel like “The British are Coming.” The team had taken a chance and contacted the airline when they heard it was rebranding.

We suggested that this iconic American brand take a look at our work in the field of creative technology, where we use a mix of video footage, animation, 3D, CGI (computer generated images) and graphics to produce high quality films for their clients.

At first the airline was not convinced. But we had created the CGI for the Wizarding World of Harry Potter for Universal Studios in Florida so we knew that we could add a touch of our own magic to the project.

American Airlines faced a challenge. The usual route to showing the rebranding would be to send a camera crew up in a plane and film the newly branded aircraft flying alongside. But that is expensive and time consuming and the aircraft wouldn’t be ready in time.

We convinced them we could create the same amazing quality digitally. They loved the results so much that we’ve since worked with American Airlines many times.

Our work has been used to support the rebranding and to create a new boarding experience as well as corporate videos, virtual tours of the plane’s interior and even interactive stands where travellers can fly the aircraft themselves while they wait.

We’ve won many awards and we’re very proud that in just 18 months we’ve gone from being a small digital agency in Guildford, with a turnover of just £1m, to (in the words of our client) “one of the best little creative team in the World” with a turnover of £3m and offices in the UK and the US.

It seems extraordinary that a country with such a rich history in making movies, are now our best clients and we’ve had to open an office in Dallas to serve them.

We had help. We used the Passport to Export service from the UKTI which gave us funding to allow us to go out to the States and research the market. They put us in touch with the Dallas Chamber of Commerce, where American Airlines is based.

We then went back and produced a corporate video for the Chamber. UKTI helped us by giving us advice on getting the E-1Treaty Trader Programme which allows non-US citizens to work in the States.

We also attended a number of UKTI events in the UK meeting other exporters, understanding how a British company’s brand is perceived abroad and even how the exchange rates can work for/against businesses.

The British are known for our creativity. It is one of our best exports and is renowned worldwide. In the digital environment that creativity is more transportable than ever before. To succeed in exporting you have to have a good idea and the ability to do the job, but be brave, we found that really paid off.

1. There are no barriers – never be held back by your geographical location

2. Research your market – find out what the client does and who they use

3. Invest in your proposal – not just money but time which will mean more than one visit

4. When you are there, work hard. Being abroad doesn’t mean it is a holiday

5. Take advantage of all the networking opportunities – UKTI can help you find them 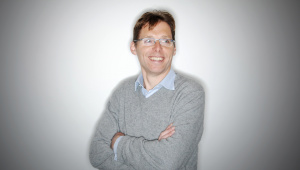 Research is key to breaking into international markets 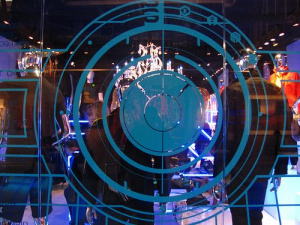