Amidst the confusion, it is clear the effects of an EU exit for SMEs throughout Britain will be both positive and negative. We might be taking an increasingly detached approach to the continent, but only three years ago an Oxford Economics report said the heart of Britain’s economic strength lay in Brussels.

The EU is the main trading partner of the UK, with trade in excess of £400bn (52 per cent of the UK’s total trade in goods and services). In comparison, emerging economies in Asia only represent 4.2 per cent of the external trade conducted by the UK.

Yet, John Walker, chairman of the Federation of Small Businesses, disputes the importance of EU membership: “Although the single European market gives [SMEs] access to 500m customers and £23m business, the burden of regulation falls disproportionality on the smallest firms.”

The million dollar question: Should we stay or should we go?

As a member of the EU the UK benefits from economic integration, thereby increased productivity and an efficient allocation of resources across the member states.
Peter Dixon, an economist at Commerzbank, argues: “By promising a referendum only by the first half of the next parliamentary term, economic and political uncertainty is set to rise considerably.”

Many business leaders condemned the prime minister’s referendum decision as “gambling” with the UK’s economic stability. Daniel Todaro, managing director of Gekko, argues that “a withdrawal would seriously damage the UK’s trade and competitiveness. Our exports will immediately suffer, but it’s important to also consider the lesser-publicised impact on imports too. We assemble, but rarely manufacture in the UK, with the majority [of products] being made entirely in the EU.”

A “no” vote would put UK imports and exports at risk. The latest HM Revenue and Customs statistics show the UK remains a net importer. The size of difference between imports and exports is now £5.1bn. The UK’s EU exports have increased by £0.1bn in November 2012 compared to October 2012, to £13.1bn.

“Ultimately, the single EU market has, and continues to be, absolutely crucial to emerging SMEs looking to expand operations overseas; and Europe is the first port of call,” says Todaro.

“Brexit”: A triumph for SMEs

However, eurosceptics believe a repatriation of powers away from the EU and towards the UK would have positive consequences for SMEs. A British withdrawal to the single market would allow the nation a chance to grow into the commercial entity it should be.

Albrecht Ritschl, Professor of Economic History at the LSE, considers: “Under a UK exit, Britons would probably be tied to the EU through a tight network of bilateral treaties. There would certainly be a free trade area, there would hardly be any restraints on capital flows, so we have to ask whether, in purely economic and business terms, the difference would really be so big. The uncertainty of the outcome is probably over-rated.”

The UK is the EU’s third largest contributor, with €4.7bn net contribution per annum relating to 10 per cent of the Union’s annual budget for 2013. Away from Brussels, Whitehall would save money and have the power to review employment laws, health and safety and red tape.

One major benefit of a “Brexit” for SMEs would be employment law reforms. Work and pensions secretary, Vince Cable, has argued for a more balanced relationship between employer and employee. The EU’s working time directive caps the working week and makes it difficult for employers to sack employees that are underperforming.

Some business leaders agree that an exit would be the best choice. Stuart Miller, co-founder of ByBox, condemns the EU: “My view is very firmly that we should withdraw from the EU. Being in the single market is a good idea, I think it’s great of us to have as much friction free trade with member states. People think withdrawing will make it harder, that’s rubbish, it should make it an awful lot easier.

“The problem is the more we become integrated in Europe the less freedom we will have to make the UK a hub for entrepreneurs.”

The 2017 in/out referendum has the power to cause years of uncertainty for British business. In the short term, a UK exit from the EU would undoubtedly cause an abundance of disruption for British SMEs. Scaremongering amongst the press could deter trade and investment from British shores. Setting up bilateral treaties would take time and money, but UK SMEs would continue to trade with member states.

“In the longer term, the overall effect on business from leaving should be positive, as we reinstate our representation on international standards-setting bodies, where we are now being represented by the EU,” outlined Richard North, author of ‘The Great Deception: Can the European Union Survive?’ “We would then be able to promote our own interests instead of deferring to the EU position.”

A combination of factors could even allow British SMEs to unlock their true potential; if the UK remained a member of the single European market and the government took further responsibility for business. This means cutting red tape, reforming employment laws and amending health and safety regulations.

Away from the statutory regulations the EU administers, the UK would be free to become an unrivalled business capital and a centre for entrepreneurs: a business hub where SMEs could flourish.

What do you think: would an exit benefit the UK’s SMEs, or not? 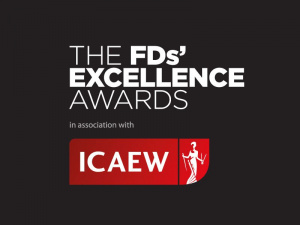 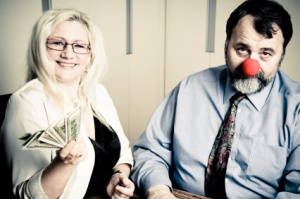 How not to sell your business