With the outcome of an in/out vote still too close to call, the onus is now on business leaders to evaluate the impact of a “Brexit” and to put contingency plans in place which address the impact of any potential legal changes. Adopting a proactive approach is essential if firms are to maintain business continuity during this period of uncertainty while also ensuring recruitment strategies are fit for purpose.

An “out” vote, resulting in severance of the UK from the European Union is likely to have wide-reaching consequences for employers. Although the exact implications of a Brexit are unknown, it is thought that skilled EU workers could be subject to the same points-based system currently in place for firms that recruit individuals from outside the EEA. This provision would require businesses to be in possession of a sponsorship licence and to be listed on the UKVI register of sponsors.

The points-based system evaluates individuals’ visa eligibility through the analysis of numerous factors including the skill set for the role and the difficulties of recruiting for that role in the UK, the individual’s experience, skills and qualifications, earnings and English language skills. Crucially, obtaining a sponsorship licence has become increasingly difficult for employers in recent years. In 2015, standard documentation requirements such as the firm’s annual accounts, office lease agreement and VAT registration certificate were supplemented with the need for businesses to submit detailed information regarding the vacant position and evidence that the position cannot be filled by a suitable resident worker.

In order to ready themselves for this eventuality, bosses should make efforts to familiarise themselves with the sponsorship process, and if necessary consider beginning the sponsorship licence application process now. The potential removal of the free movement of workers from EU countries into the UK would also hugely limit business’ access to low-cost unskilled labour, much of which flows from Eastern Europe. Firms which require a high degree of low-cost labour should factor this into their business plan and consider bolstering their employee benefits or talent acquisition strategy to aid in candidate attraction.

Poised to represent one of the largest amendments to business immigration legislation in many years, the Immigration Bill is scheduled to achieve Royal Assent during 2016. Although the finer details of the Bill are yet to be confirmed, a number of measures are set to be introduced which will increase the ease with which individuals can be prosecuted for the employ of illegal workers. At present, in order for a conviction to be upheld, it must be proven that an individual, usually the person responsible for signing-off the recruitment process, knowingly rather than negligently employed an illegal worker. However, it is thought that this burden of proof will be reduced, requiring only evidence that the individual had “reasonable cause to believe” an employee was ineligible to legally work in the UK.

Under these parameters, this could cover a situation where an organisation has only carried out a partial rather than a full right to work document check, which currently only attracts a civil penalty of up to £20,000 per illegal worker. Currently, if an organisation is knowingly employing illegal workers, it could be subject to an unlimited fine and individual company officers can be imprisoned for up to two years. The proposal is to increase this sanction to up to five years imprisonment. In order to guard against criminal sanctions businesses must act now to ensure that the correct due-diligence procedures are in place within the recruitment process and that all documentation is organised and stored in the required manner.

Having come into effect in October 2015, the Modern Slavery Act requires all businesses with a global turnover of £36m or more to produce and publish an annual statement which outlines what steps the business has taken to ensure there is no slavery or human trafficking present in its organisation and supply chain. As larger businesses delve deeper into the activity of their suppliers, it is likely that evidence of compliance may become a requirement for smaller firms looking to secure contract opportunities and could form a composite part of the tender process. It is vital that firms move to root out unethical working practices within their own organisation and supply chains and where required, complete on the ground checks in overseas factories/subsidiaries to increase transparency.

If the UK does opt to leave the European Union on 23 June, reduced access to low cost labour is likely to increase incidences of forced labour, as firms look to squeeze their suppliers to achieve cost-savings. With a plethora of business immigration issues set to come to the fore during 2016, firms must act now to ensure they are able to adapt to the changing legislative landscape. Reviewing due diligence procedures and internal recruitment processes is essential if business continuity is to be maintained.

Also, immigration law expert Katrina Cooper provides critical advice on the steps businesses must go though to ensure new hires are legal, including the Right to Work check and document management. 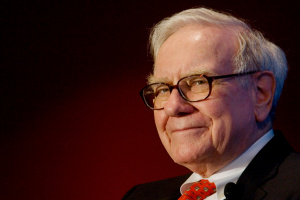 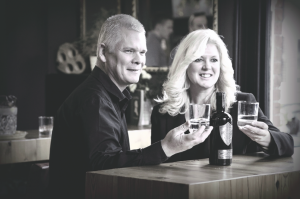