The Federation of Small Businesses’ Destination Export report claimed culture, not to mention the availability and affordability of finance, remained a challenge for SME exporters. Such hurdles turned off both “considerers” and “lapsers” – and banks, it said, were vital in terms of praising the benefits and offering support.

This was further highlighted by both the Department for Business Innovation and Skills and HM Treasury, which made it clear in a joint report that SMEs sought closer engagement with banks for a source of proactive ideas, including advice on optimising business overseas.

Such findings may be largely responsible for HSBC now launching a £10bn fund for SME exporters.

It’s certainly not the first time the bank has singled out the SME market. In 2016, it announced its largest funding commitment to date – the same amount it just pledged. This was backed by the promise to “approve 89 per cent of SME lending applications.” It made good on its promise, having approved 91 per cent of lending applications in the last year.

While its purpose was to, in a way, help SMEs take over Europe, its latest fund hopes to inspire SME exporters to dominate the world, with it being made available UK-wide.

On the back of its announcement, HSBC did further research, unveiling the biggest hurdles SME exporters faced in 2017 thus far. While 68 per cent deemed a lack of understanding of the local market to be the biggest challenge, 60 per cent cited problems overcoming language and culture.

The findings also noted there was a perception that only long-established businesses could make the most of exporting. HSBC claimed this wasn’t the case, claiming 70 per cent of its SME exporters started to trade abroad when less than ten years old. Some 35 per cent of these were not yet one year old .

Fleshing out the news, Ian Stuart, UK CEO of HSBC said: “The launch of this £10bn fund reaffirms our commitment to support the growth of UK SMEs of all sizes, from start-ups to established businesses.

“The UK is home to a diverse range of SMEs across established and emerging sectors, operating in their regional markets or looking to trade internationally. We want to put SMEs in a stronger position to make investments that will stimulate local economies and create more jobs.” 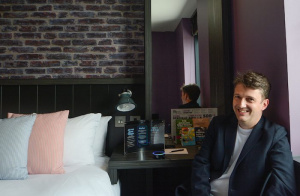 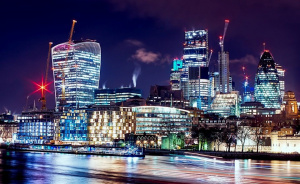