It’s not every day that you get to hear about the latest and greatest changes in the banking industry from a high-flying insider.

Well, Real Business was treated to some tantalising tit-bits from a technepreneur who has been sent to shake the dust from the coat-tails of a British banking institution.

That person is Raman Bhatia.

Currently serving as Head of Digital at HSBC, Bhatia wasn’t an obvious choice for the role (he comes from a background in digital business and has previously worked with Expedia and Tripadvisor) but clearly HSBC wants to expand the idea of what banking is both within its inner workings and for its customers:

” I like to say that I’m not a banker by trading. I joined HSBC from a startup. My role is to take HSBC into the new era. I’m here to shake up the incumbency that you find in institutions such s HSBC”. – Raman Bhatia

Responsible for the ‘digital experience’ of millions of HSBC customers, it seems appropriate that someone with a background in business tech should be taking the reigns of the bank’s digital arm.

” We have a lot of people on our team from non-traditional backgrounds”. – Raman Bhatia

So why are banking stalwarts such as HSBC integrating technerds like Bhatia into their legacy encrusted folds? The answer? Our financial and user-based climate demands it.

“HSBC has brought outsiders like me into the bank to transform the way we interact with our customers. Cybersecurity is a big issue, it’s a board-level topic and we are continually investing to further enhance our controls and defence.” – Raman Bhatia

With all the user-based security issues that occur when digital processes become the norm, it makes sense that HSBC wants to retain a central form of control over its digital arm:

”  The changes to the banking model are so central to the core, that addressing them from the side is unhelpful”. – Raman Bhatia

By “changes” no doubt Bhatia means the digitisation of the banking experience, and certainly, it makes sense that HSBC has got someone for the job who sees technological acceleration as the norm, and not as something to stick onto the back-end of an analogue style banking system.

“We’re in the thick of fintech here at HSBC. Financial services presents the most interesting opportunity to embrace technology, perhaps out of all the sectors where technology is being used as an accelerator. We can change what it means to be a bank, and how our customers can manage their financial obligations”.

Part of the technological innovation HSBC is undergoing is making use of sandbox programming.

So, for those who are envisioning a kiddy’s play area, a sandbox acts as the layer between banks and their innovation initiatives. This “layer”  facilitates collaboration between FinTech companies and incumbents, such as traditional banks.

– In short, it’s a way to innovate and accelerate the banking experience for users via technology.

” We have taken advantage of our innovation sandbox in the UK. Sandbox is turning into a global phenomenon now. There are UK based regulatory bodies in place whereby you can apply to join a sandbox which means you are partnered with compliance specialists that if applicable, will give you dispensation to try new things”.

On the topic of ‘sandboxing’, Bhatia says that customers shouldn’t be nervous about the technological advancements the world of banking is experiencing.

” We tried nudging customers towards this process. You can short-circuit old internal processes quite a bit. That’s a great advantage”.

Their app ‘connected money’, is such a tech-tool. He hopes it will convince more people to upscale their banking style, and is described by Bhatia as “the start” of HSBC’s journey in forging “great customer engagement with banking”.

” There is a clear sense of deficiency in financial capability across the spectrum of people using banks whether its saving or optimising their investments. Whoever you are, chances are you don’t like looking at your money, even I don’t”.

The app allows customers to see all their money in one place. The idea is more educational than a disciplinarian tool, says Bhatia.

” Open banking, or the ability to see your money in one place, can coach you on your spending. It’s done through timely nudges and notifications”.

Giving consumers the ‘entire picture’ on their finances, Bhatia hopes technological advancements such as ‘connected money’ can pave the way to a more holistic approach to financial self-management.

On the question if traditional banks may lose their role in this acceleration process, Bhatia remained confident that they won’t:

” It’s very clear that we are in the early stages of making banking personal. In the next five years, incumbent banks like us will continue to play a key role as trusted intermediaries in the process.”

– And really, isn’t Bhatia just saving face for the institution that has employed him for a presumably – very high fee?

“Whilst we’ve taken a battering to our reputation in recent years due to the financial crisis, at the end of the day when it comes to who people trust with handling their money, the traditional bank format still works for many people”.

Well, if people’s banked funds continue not to make any feasible interest in this tricky economic climate, –  why should they be using them at all?

So, despite Bhatia’s words of acceleration and, er, optimism, let’s see if his statements about banks being relevant in the digital age come to fruition… 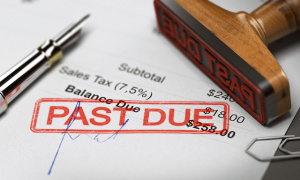 How SMEs can overcome the challenge of unpaid invoices

Be the boss: Should you bring your children to the office?