We see three driving forces behind this shift: the soaring success of companies providing positive experiences (think Google or Apple), a growing dissatisfaction with old employment practices (just 20% of employees feel connected to work), and the increasing focus on transparent and ethical organisations.

These factors have conspired to fuel the growth of a new breed of business – one that we call the human-centred organisation. And we think it represents the future.

Customers’ experience is at the core of the business. Succeed, and the word-of-mouth impact is potentially huge; fail, and your customers might go elsewhere.

They replace bureaucratic patriarchal corporate hierarchies with more flexible, collaborative and creative working environments that engage, motivate and inspire the best people to want to work for them. Do it right, and you’ll hit levels of staff engagement that old-fashioned companies can only dream of.

And they demonstrate a long-term big-picture view, a transparency and a commitment to ethical business practices that satisfy the growing appetite for social justice throughout the communities in which they operate. People increasingly make choices based on brands’ social impacts.

The best human-centred organisations maintain a focus on all three of these elements. Take Patagonia, the outdoor clothing company that’s renowned for its commitment to environmental causes. Its “Don’t buy this jacket” campaign urged customers to reuse what they already owned. As a result, sales climbed by nearly 40% over two years.

The name of the ethical bank Triodos is derived from the Greek tri hodos – or three things – reflecting its triangular focus on people, planet and profit. Triodos only finances companies that it thinks add cultural value and benefit people and the environment. This helped boost its performance in every key metric in 2017 compared to the previous year.

Or take Google. The advertising technology it introduced paved the way for people to make money out of their blogs or YouTube channels, in the same way AirBnB did with house owners. It’s also well known for its customer-centric approach, sustainability and treatment of staff. It’s consistently rated as one of the best technology companies to work for.

Meanwhile, Ikea not only invests in lots of projects to develop local communities, it also promotes the use of energy saving light bulbs through astoundingly cheap prices.

Why aren’t all businesses human-centred?

It’s not just at the top of business where the problems lie. Many MBA courses are focused almost entirely on making money.

It wasn’t always this way. In the early days of capitalism, more corporate wealth was concentrated on individuals and families, some of whom – including Rockefeller, Carnegie and Rowntree – resolved to use it for good. These businesses were run for people in a way that’s almost unheard of in our age of powerful institutional shareholders.

At Good Rebels, we’ve been embedding the principles of the human-centred organisation into a new working model, establishing decentralised, self-managed teams organised around our clients and working flexibly, dispensing with hierarchies and embracing a culture of mutual respect and care. We aim to be transparent and meritocratic.

We’ve made progress, but we wouldn’t claim to have nailed it yet. But if it’s tough for us, imagine how difficult it is to transform a global corporate behemoth into a human-centred organisation?

The principles must be embraced by those at the very top of the organisation. Leaders need a period of corporate introspection during which to assess honestly where they stand today before making any plans for tomorrow.

It’s a difficult journey and many companies need to feel as though they’re on a burning platform before embarking on it. But it’s happening.

Look at how tobacco companies are talking about a future in which no one smokes cigarettes. Look at the way car manufacturers such as Volvo and Lexus are exploring a future that would have been unimaginable just a few years ago.

Despite the difficulties and the resistance they will find at every turn from some quarters, we believe this is a journey that all companies will need to begin sooner or later. We believe their survival depends on it.

Mark Ralphs is a partner at Good Rebels.

The battle for business buy-in: 3 ways to justify your IT security spend 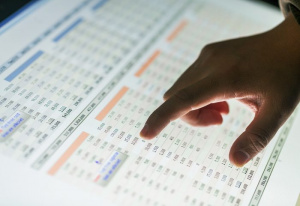 Can you simplify supplier invoice management for employees and finance?