As the founder of Delights by Cynthia, Akinsanya creates cakes to customer specifications and given that she’s got a large corporate following, it’s easy to imagine how much time and effort goes into her work. But she’s a great believer in doing business with integrity – which includes being as transparent and mindful as possible. Humans are humans, and they are prone to mistakes, she said.

While it’s never come to the point where a client hasn’t paid, Akinsanya has had to deal with the “thrill” of the chase often. And her word of advice: have a contingency plan at hand. There will come a day when you miss a payment – be it your fault or theirs – and you need to be prepared for it.

“For the average corporate party, either an extremely large cake or thousands of cupcakes will need to be made,” she explained. “And a launch party or event always calls for some form of complex logo that they all be structured into. A lot of ingredients are required.

“But if the company doesn’t pay up during the allotted time then you could deal with a potential cash flow crisis and a lack of stock for other orders – a domino effect could ensue. This is especially the case for SMEs.”

It can be so easy to let something slip by accident given how hectic business life can truly be, she explained. “For example, a delayed payment for me is most often because a client forgot to tell me the company takes longer to process payments than the time I specified for on my invoice.”

Invoicing, it seems, is key, with Akinsanya suggesting an easily modifiable templated version goes a long way in removing incorrect details that could lead to disputes and late payments – on her side of the divide as well.

“Sometimes the problem is on your end,” she explained. “Ideally you want to send your invoice the minute the job is complete, and sending your invoice quickly means you won’t miss a customer’s payment runs. If you send your invoice out late then you could arguably be the one putting your cash flow at risk.

“It also helps to send them digitally so that you’ll have a record of when it was sent – and ensure that key details are always visible and automatically on any invoice you send. For me, it’s the fact that I require payment within 14 days.”

Most importantly, be diligent in the chase, Akinsanya explained. After sending an invoice, make sure you don’t forget to follow through until it’s too late for polite negotiations – “sometimes they need a gentle phone call to remind them and the money will have been paid the very next day,” she said.

Essentially, you don’t want to be the reason a payment hasn’t gone through on time, she said, so having a thorough system in place that works for you is critical.

James Biggins, managing director of Steel City, can’t help but agree. “You don’t want to chase a client only to have them turn around and point out they were following the process correctly – meaning you made an error somewhere.”

Steel City, a family firm formed in 1980, makes a living from selling branded merchandise – “promotional and business gifts” the site notes its business as. And it recently felt the burden of what it means to re-take measures to prevent late payments.

“You don’t often get to say it in business, but we had ‘nailed down’ our internal systems for a good few years,” Biggins explained. “Numerous things happened all at once though. After feeling unwell for some time, our head of accounts was taken ill with terminal cancer. She left instantly and was unable to, of course, work remotely.

“Our accounts function stopped overnight. We were in the middle of moving office and there was also the emotional issue of a colleague and friend who now only had a few months to live. Needless to say it was a pretty grotty time, with my reliance on one person in that role exposed.

“Finding someone for the job was immediately our highest priority. First we used an invoice system and thankfully had the right functions in place to check bad credit ratings and give chase to late payers. We then successfully hired a freelance non-accountant that knew the software we used while we got over the shock – and looked for someone that had both the skill-set to use the software paired with bookkeeper brains.

“This pulled us back fairly quickly to being on top of paperwork and making sure we were getting paid and paying suppliers. However, the freelancer didn’t have an accountant’s head on him, so our timing and cut-off issues at month’s end were out of synch.”

The company has since then recruited a replacement credit controller who is finding her feet. But the event, he explained, had led Steel City to discover a few errors that had gone unnoticed.

“It’s further ingrained the need for pre-emptive action,” he explained. “Firstly, make payment terms crystal clear from the outset of a client relationship, addressing them prominently in contracts and reinforcing them in related communications. Do credit checks for any account that will owe you significant payments.”

The cash flow clinic: It’s about a number of techniques, not one silver bullet

Crucially, he suggested, the experience taught him there was a real need for disaster recovery planning (DRP). Not to be confused with business contingency planning, DRP gives rise to more technical plans that are developed for specific groups in the business to allow them to recover a particular business application – IT has arguably been the most used example of this.

Regardless of the industry, when an unforeseen event takes place and brings day-to-day operations to a halt, your company needs to recover as quickly as possible.

Biggins said: “Business leaders need to review the weaknesses and threats to their businesses, and in turn form tight plans that can assure teams the company will know how to turn a dime during challenging times.

“And whether the mistake is yours or your clients, one late payment in the grand scheme of things could snowball and become your downfall. Plug all the gaps on your end, set clear expectations and make sure you have a ‘Plan B’ when things take a turn for the worse.”

He added that failing to error-proof your procedures, plan and act on late payments could put you out of business – so know how to deal with the issue of human errors on your side, and learn how to “humbly chase” when you’re not paid on time.

In other payments news, a third of Brits believe cash will be extinct by 2020 despite the introduction of new £5 notes. 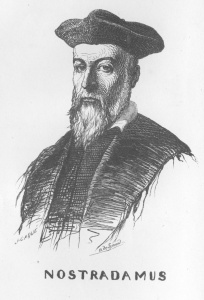 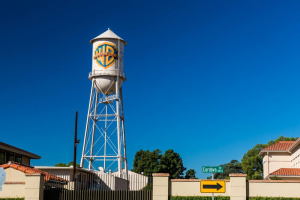