You spent the early part of your career in several telecoms companies and became a finance director at a completely different company – at hotel business City Inn, which later became Mint Hotels. That was a big step, moving sectors, particularly as you went from a corporate environment to working to entrepreneurs

I’d been with Cable & Wireless and Orange, which was a very entrepreneurial can-do organisation. Orange had been taken over by France Telecom and was becoming more like a government department so I decided to try something different. It was back in the days when the dot-com boom was booming and I’d always had the belief I would go out and set up my own business one day. After looking at the few dot-com businesses out there, they had great ideas but it was hard to get your head around their business models. I met a guy who was setting up a hotels business and I realised that I’d spent the last ten years traveling around and had strong opinions on what made a good hotel and his idea really resonated with me. They were effectively a startup, with two hotels at the time, and were shopping for a new FD.

Coming from Orange, suddenly you’re in an environment where banks are freely lending large amounts of money. How as an FD did you cope with that?

It was a joint venture with Bank of Scotland, so you had the bank as the equity holder and principal lender. It was a highly leveraged business and the bank was a major stakeholder. You have to understand why they’re there – to make a return on their money – and then work out how best to achieve that.

A lot of FDs in private equity situations cast themselves as the go-between for equity and debt providers and the management team. Was that your role?

Very much so. Whilst it wasn’t a direct bank appointment, they were very interested in speaking to me right away. Other than me it was a family business – the chairman was the dad, the managing director was the son and the chairman’s wife the legal director.

That’s a tricky situation to have gotten into, politically. It must have been a jeopardy?

I was fortunate to meet a bunch of people who were passionate about their business and they had a very good business model. I was able to improve that model and had a solid relationship with the bank. The chairman and vice-chairman were in their early 60s, had been in business for 30 years with various ventures and they had never lost the Bank of Scotland’s money. So I was fortunate.

Founder-management teams are very passionate about their businesses and focused on operations. Was it hard to keep them focused on the financial issues?

At times. You’d get issues like the bank chasing you for the budget, you’d have a whole day of meetings planned and the chairman would phone to say: “I’m in one of our restaurants and the menus are all curled and stained. We need to work out what we’re going to do about it.” Issues like that are important – if you’re running a restaurant you can’t have scruffy menus. But balancing issues like that and jumping when the chairman wants you to jump whilst also running a professional business were a challenge. That was part of the challenge I enjoyed.

It’s common when a founder is still in a business in its earlier stages to need to transition to a more professionally run operation when it scales up. Have you got any advice on how to manage that from an FD perspective?

You need good communication and a good relationship with the founders. I was lucky to get on very well with the guy who became chief executive when I became managing director. We were very much on the same wavelength. We both had our roles and respected each other’s strengths and weaknesses and worked well as a team.

Forging that partnership is absolutely critical in that situation. What can be hard is when you get to a point when that founder-CEO starts making emotional decisions instead of what you would consider level-headed business decisions. Getting towards the exit, we were heading for a refinancing date, the world had changed and we were never doing to get the terms we got previously; the founders buried their heads in the sand and felt that we would get through it somehow, but I felt the writing was on the wall and we had to change how we did things. Where there was passion from the founders, it was difficult for them to see the economic reality that we were facing.

Since City Inn you’ve set up a new hotel venture called Icon with private equity backing. Has that experience been challenging?

It’s been very challenging. It took a long time to find what to do next after the City Inn exit. The Icon deal completed in August but there were still times in July when it could’ve gone either way when we were negotiating on terms. The personal risk that you’re taking is a challenge and there were times when my wife would say “Why don’t you get a normal job?” And there were times when I thought that was the right answer.

The problem is that I was qualified to be a hotel company chief executive but in any one year only one or two of those roles comes up in the UK. I could have gone back to being an FD but I would’ve had to start back where I was when I joined City Inn more than ten years ago. So all those FDs thinking of going the same route, I would thoroughly recommend it if you have the passion for it, but it’s not without its risks. 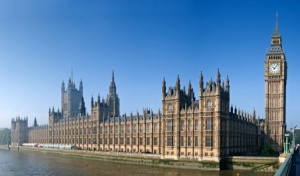 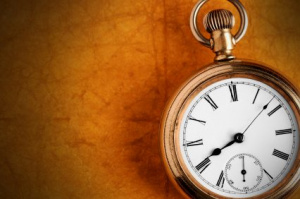