Fleximize, the result of a mission to revolutionise the world of business funding, has to date lent over £42.5m to SMEs all over the UK. But it’s not the first company created by its co-founders.

Long has it been said that founders wear many hats. Well, Peter Tuvey wears many titles. He plays the part of investor, managing director, CEO and founder – to two companies. With such achievements under his belt, we hoped to find out more about his journey into the finance world.

What were the biggest lessons you learned from your first roles at Homebase and Phones4U – and how have they shaped your way of doing business?

Against the advice of my friends and family, I walked away from education at age 16 with limited academic qualifications – and it turned out to be the best decision I ever made. I started in a sales role at a Homebase store in Bury St Edmunds, before joining Phones4U to become the youngest ever store manager at the age of 17.

These early experiences were invaluable to my personal and professional development. Having a few years of work and managerial experience under my belt and dipping my toe in a number of different sectors helped me to decide if business ownership was the right path for me – turns out it was!

Was finance ever a world you thought you’d be immersed in?

It was always a possibility because my family worked as accounts managers and bookkeepers, so I grew up around finance. After working in claims management and other similar roles, I guess you could say I was pushed into it eventually.

When did you get your first taste of the finance industry?

My first taste of the finance industry was as a call centre manager for an insurance firm in Diss. From there, I spent a period of time in claims management, before moving into the consumer finance sector.

Consumer finance was, and still is, a very competitive industry. Fortunately, I was one of the first to spot a gap in the market that had emerged as a result of the banks pulling back on consumer lending.

Following the sale of your company, Ariste Holding, was the plan always to move onto Fleximize?

I sold my first company for an eight-figure sum, and this gave me the necessary drive and vindication to make a success of my second business around business funding.

My co-founders and I sought to address the business funding barriers faced by UK SMEs. By applying the same technologies and approaches that I’d developed in the consumer lending space to the competitive world of business finance, we believed we could revolutionise an industry that had been dominated by the banks and other traditional lenders.

What was starting a second company in the alternative finance space like? Had the industry started changing by that time or were the initial challenges the same?

Although my second business was still in finance, it was a totally different beast. What helped was the knowledge I had of consumer finance and loan platforms, as it made learning the commercial element that little bit easier while helping prepare me for the additional challenges of operating in the SME funding space.

How does the company go about challenging a market traditionally dominated by large banks and lenders?

Fleximize was founded on the belief that small to medium-sized UK businesses have for too long received limited funding options. For years, banks and other traditional lenders have made access to working capital far more difficult and rigid than it should be. Business owners have been put under additional pressure by strict repayment deadlines, an impersonal service, and a screen that simply says “no”.

We wanted to overhaul the world of business funding by providing a suite of truly flexible funding options to SMEs, priced transparently and fairly, and tailored to the unique needs of every business.

Rather than letting a computer make lending decisions, our underwriters aimed to find a way to say”yes” to every application by looking beyond credit scores and taking a company’s circumstances into account each and every time.

Read on for investment advice 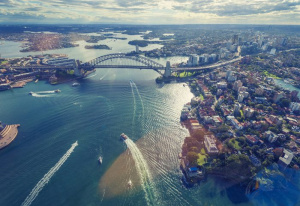 Managing productivity means managing morale – but how do you keep workers happy?