“Working with people who are different from you may challenge your brain to overcome its stale ways of thinking and sharpen its performance,” David Rock and Heidi Grant claimed in a Harvard Business Review article. The sentence sums up, among other reasons, why increasing emphasis is placed on diversity hiring.

A diverse team has become such an asset that companies are willing to go to court to keep team compositions a secret. IBM has, for example, filed a law suit against its former chief diversity officer, Lindsay McIntyre.

It’s quite an intriguing case as it brings numerous employment matters to light. First, there’s the fact that she agreed to a position at Microsoft, one of IBM’s competitors.

As was suggested in IBM’s court statement: “McIntyre threatens to violate her one-year non-competition agreement by accepting an identical position at a rival company, taking diversity hiring trade secrets with her. The breach is especially serious considering she could find high level executive employment at any business we do not compete with.”

While staff have a duty of confidentiality, it won’t prevent them from divulging secrets after they leave. And given that information is so readily available these days, it’s becoming harder to stop business details escaping into the outside world. So it’s unsurprising IBM chose to go the restrictive route.

The response filed by McIntyre’s lawyers, however, brings up a good question bosses must always keep in mind: when do the restrictions go too far? 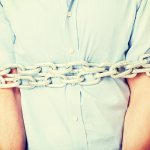 A look at restrictive covenants: Structuring and taking naughty former staff to court

Departing employees are often well-placed to make use of confidential information. That’s where restrictive covenants come in.

Bloomberg cited McIntyre’s lawyers as saying the law suit was a “draconian move,” especially IBM’s “preliminary injunction seeking to prevent McIntyre from working, in any position across the globe, for anyone deemed to be a rival.”

Another focal part of the case is its emphasis on diversity hiring. When it welcomed McIntyre as part of the team, Microsoft noted that its diversity increased performance and fostered product ideas – and that McIntyre would leverage these using “extensive knowledge”. And the aspect IBM seems more infuriated by is that she was privy to “data about diverse representation in every segment of IBM’s workforce.”

IBM added in its court statement: “She personally oversaw monitoring diversity metrics at the company; and led an initiative to identify, target and devise plans to recruit more than 50 top diverse external candidates for specific executive positions.”

Whatever the results of the case may be, it shows that diversity has skyrocketed up the corporate priority list. The makeup of the workforce is being given proper thought – and not just because of measures requiring public reporting. 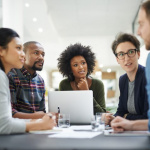 Considerations for a society that naturally embraces diversity and inclusion

Diversity and inclusion is an increasingly hot topic in society at large, but also specifically in business. What’s less clear, when thinking of the issue in relation to the corporate sphere, is what does it really mean? 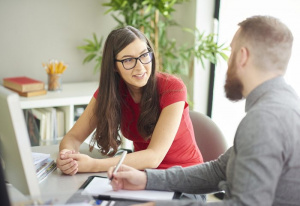