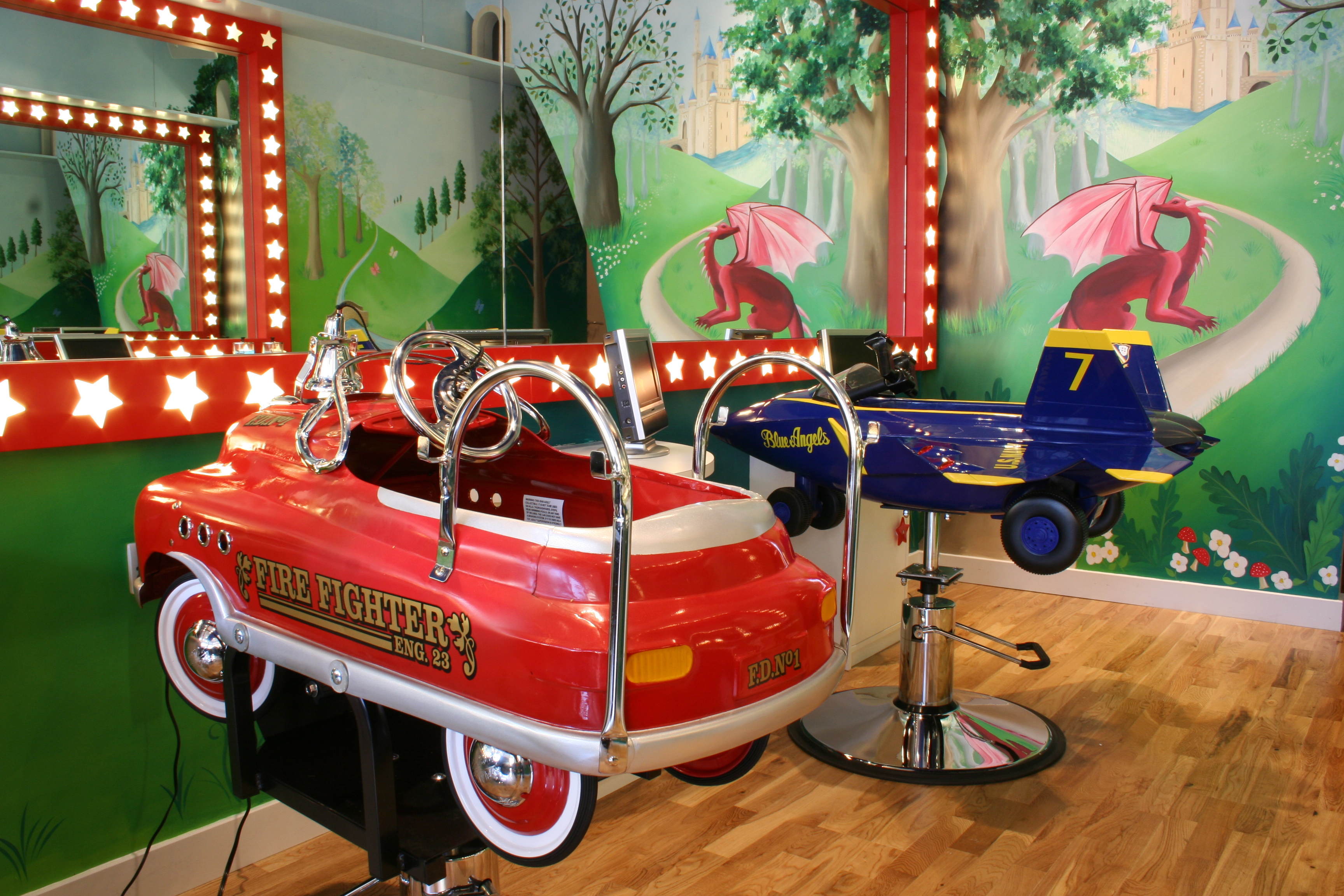 “We wanted Tantrum to be more than just a hairdressing salon ? we wanted it to be a place where kids enjoyed hanging out and parents could have a fantastic experience too,? she explains. The pair funded the business with savings and money borrowed from friends and family, investing around ?350,000 in Tantrum in the first year.  The salon, situated on the Kings Road in Chelsea, is split over two floors.  The ground floor, called Moon, is for seven-year-olds and under. It has a miniature locomotive train complete with sound and steam running across the entire floor; hand-painted walls with glittering fairies and castles; themed styling chairs; and an ?entertainment library? with games and cartoons. The basement, called Vogue, is for eight-year-olds and over. It has a juice bar; a games room; and every styling station has a flat screen TV and DVD. Very cool. Malik tells us that ?7,342 children skipped out of the salon last year looking fabulous?. The pair, who appeared on Dragons’ Den back in 2009, have also launched a concession in flagship children?s retailer Hamleys, plus a kids? haircare brand which is stocked in Asda and Sainsbury’s (and goes on sale in Waitrose later this year). The business has 50 people on its payroll and turns over ?2m. Read more from our Idea of the week section here.