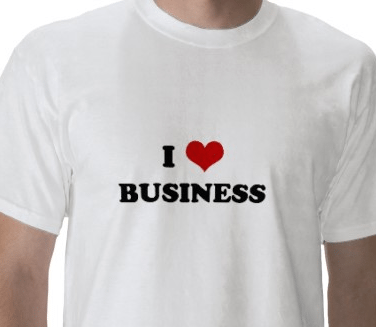 American entrepreneur Spencer Fry asks if you have “Entrepreneurs’ ADD”, and tells us what you need to do to pick the right business idea.

“Good ideas are a dime a dozen” or “execution is everything” are popular phrases that entrepreneurs roll off their tongues when asked, “do ideas matter?” While I provisionally agree with both statements, it’s just not so black and white. Both phrases are rather misleading. Ideas don’t simply materialize out of thin air, and not every idea is worth your time. As popular as it is to dismiss the thought of coming up with a good idea — you know, because it requires sitting around, thinking and suspending activity — it’s critical to focus on one idea at a time, preferably your “I’m in love” idea. One Idea at a Time You should start by reading The Top Idea In Your Mind (July, 2010) written by Paul Graham just a few weeks ago. In it, Graham writes: “I think most people have one top idea in their mind at any given time. That’s the idea their thoughts will drift towards when they’re allowed to drift freely. And this idea will thus tend to get all the benefit of that type of thinking, while others are starved of it. Which means it’s a disaster to let the wrong idea become the top one in your mind.” I’ll add my take from my experience. I know far too many entrepreneurs who try to take hold of too many projects at once. When you spread yourself too thin, your mind wanders to and fro, resulting in a bunch of half-assed projects. These people often hit the “reset” button when they’ve finally reached exhaustion — selling off their domain names and the remains of their half finished projects — only to do it all over again. These people have what I like to call “Entrepreneurs’ ADD” and it’s really hard to shake. It was something I battled with early on. Thankfully, there is a cure for “Entrepreneurs’ ADD” and that’s to fall in love with a single idea, what I like to call an “I’m in love” idea. You’ll know it when it happens. “I’m in love” idea In my social life, I’ve only been in love once and it didn’t work out in the end due to long distance and bad timing. In business, I’ve been in love twice. Once with TypeFrag and now a second time with Carbonmade. Just as in your social life – when you meet someone great, you get this gut feeling and your stomach fills up with butterflies – the same is true when an idea clicks with you. You fall in love. Your stomach churns and you can’t sleep at night, all because you want to work on the idea so much — the equivalent being wanting to be with someone all the time. If you’re thinking “I’m not really into you”, then you should pack away your thoughts and wait for the next idea. If you’re at all successful developing your idea, then you’ll be fully involved with it for at least five to seven years. You don’t want to be invested in something that you don’t care about enough to commit to for that long. And most importantly, you won’t be able to give an idea your best work and attention if you’re not in love. Your relationship will suffer and, ultimately, die out. Execution is everything? “Execution is everything” is a common phrase among entrepreneurs, and I’ve even touted it myself in a lecture entitled Ready, FIRE! Aim that I gave at NYU this past spring. However, there’s a difference between executing on an awful idea and executing on an “I’m in love” idea. Even though I’m not an active angel investor, I get pitched a lot of ideas by entrepreneurs — both readers of these pieces and people I meet at events. I hear a lot of great ideas, but I also hear a lot of awful ones. Awful ideas are usually imagined by someone who has been flailing around for some time looking for an “I’m in love” idea and doesn’t have the patience to wait any longer. They just want to fool around. As with dating, that’s fine for practice and you may improve your skills a bit, but no amount of perfect execution can turn an awful idea into an “I’m in love” idea. You might say that, well, web development is so inexpensive that the path you set down on with your awful idea may change a dozen times, and several months (or years) later you’ll come out the other end with an “I’m in love” idea. False. The scary bit is that any person working on an awful idea doesn’t know it’s awful or they wouldn’t continue to work on it. Really, the only hope for them is that they luck into an “I’m in love” idea while they think they’re already working on The One. They need an epiphany of sorts. Or maybe reading this piece will help wake them from their stupor? While execution is far from everything — despite the nice ring to the slogan — a better way to phrase it would be that an “I’m in love” idea isn’t going to do the work for you. You still need to get out there and make it work. On the other hand, an awful idea won’t necessarily set you entirely back, but don’t expect to get much more than some practice and experience out of it while you search for your “I’m in love” idea. Spencer Fry, 26, is an American entrepreneur based in New York City. He is the co-founder and CEO of Carbonmade, a company that offers online space for creatives and designers to manage their portfolios. In 2003, while at university, he co-founded TypeFrag, a VoIP company for computer game players which he grew into a five-person company providing voice communication for hundreds of thousands of gamers worldwide before selling the company in 2007. Follow him on Twitter and read his regular thoughts here.