If I were Rupert Murdoch, I would…

… use the opportunity to take an equivocally principled and moral stance over the issue. I’d remove the executives responsible, including my own son and Rebekah Brooks; rehire the journalists who had nothing to do with phone hacking and continue the delivery of the iconic brand that is News of the World. What I wouldn’t do is to allow people to assume I was still the same ‘Dirty Digger’, using the crisis as an smokescreen and an excuse for pragmatic, financial ends such as cutting costs and potentially extending the Sun brand. Helen Holland, CEO of The Reptile Group

… have carried out my own review into the phone-hacking scandal and held those responsible to account sooner. Murdoch has had no choice but to close down a profitable business. Big brand advertisers were quickly distancing themselves and the British public showed its disgust. This is about damage control for Murdoch and stopping the toxic spread across his media empire. It’s not about being remorseful or installing change. Pete Hendrick, MD of Rocket Communications

… be accepting the resignation of Rebekah Brooks. I would be coming to the UK and, subject to not interfering with the police investigation, getting on the front foot with the public relations agenda by: doing some straight-talking about who knew what, when. Attempts to paint over the cracks and to whitewash the damage cause the greatest destruction. Murdoch needs to head off the attacks about being a “fit and proper person” to own BSkyB. I would also be offering to meet the ordinary people (such as the Dowlers, the Soham parents, the 7/7 families and the service families) caught up in phone hacking and, without exposing the company to unlimited litigation liability, apologise and offer to do something positive for them going forward. Oh, and I would be launching seven day operation of the Sun by September. Julian Fagandini, founder of Fagandini Associates

… staunch the flow. I would announce Rebekah Brooks’ mutually-agreed departure and hold off on announcing the replacement to the News of the World. News International’s future is digital and there is plenty to play for at BSkyB if he lies low for a while and reinvents himself and his mid-Atlantic sounding son as “fit and proper” proprietors. Rupert is a smart old pensioner and if he can lose half a billion dollars on MySpace, he can take some stick from his rivals here in the UK before the dynasty fights back. It is, however, rather a shame that he cannot bring himself to show some humility – it might just hasten the rehabilitation a little. Like that other wayward US émigré OAP Arnold Schwarzenegger, Rupey (or his heirs) will be back. Paul Maher, director of Positive Marketing 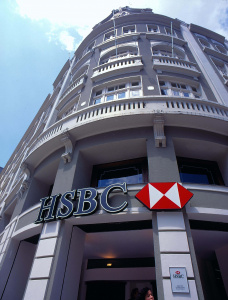