Anything that can help businesses compete more closely with London and the South East – whether from the investment in science and innovation, infrastructure or greater devolution of powers – is good news.

George Osborne’s eighth budget shows that the chancellor is willing to put at least some money where his mouth is. £135m has been earmarked for road and rail improvements in the North, and that’s on top of the £200m funding for the transport body Transport for the North (TfN).

Encouraging signs, even if the £135m is predominately for feasibility studies or work that doesn’t start until after this parliament.

It’s clear that joining up the dots is a priority for enabling the North to reach its potential and ensure our cities grow and grow as global commercial hubs. The fact that it takes longer to get a train to Manchester from Newcastle than from London – despite being over 50 miles closer – is symptomatic of the issues the North has to overcome.

Yet we know that overcoming these challenges is vital to creating the unified, single economy where people will continue to want to live and work.

However, simply put, if we’re going to turn this ambition into a reality, we all have to do more; and with offices in London and Newcastle, that includes TH_NK.

All of us with a stake in the health and wellbeing of the North, as a driving force of the UK economy, need to be more invested in being part of the discussion around what needs to change for us to fully unleash our potential.

And, crucially, making sure we’re thinking homogeneously about the region, rather than just the big cities. We need to support all the cities of the North, to build on their often illustrious pasts and be our key drivers of growth.

But to make this a reality, we’ve got to move away from an archaic city-state mentality and unite the clans.

It’s all very well that, post-budget, a joint commitment has been signed by leaders in Manchester, Liverpool, Leeds, Newcastle and Sheffield, to work together with the government and deliver a vision for the North’s economy.

Yet I think there’s an argument to be made that we’re not quite on the same page yet in achieving what’s in our collective best interest. At the moment, some cities seem more equal than others.

For instance, I was at the recent Northern Powerhouse event, where attendees heard a great deal about how the North can better compete with London and the South East.

Yet, for all that, talk was almost exclusively about Manchester and Liverpool, with Leeds occasionally getting a mention. The Government’s own Northern Transport Strategy report, last Autumn, also focussed predominately on these two cities. Surely its main focus should have been on the infrastructure and support smaller cities need to reach their level?

The disproportionate focus on Liverpool and Manchester isn’t very encouraging when you recall the Government’s original announcement that ‘The Northern Powerhouse needs each city region in the North to perform to its maximum’.

Call me biased, but with Newcastle’s GDP of over £31bn and its burgeoning financial services and digital sectors, the city should have played a greater role, both at the event and in the Government’s report. And that’s not to mention the likes of York, Sunderland, Hull and Sheffield.

We have to make incremental gains as a region, rather than just giving the biggest cities in the North shiny new toys, or we risk just turning the frenemies of Manchester and Liverpool into the next London.

Another area the rest of us have to compete with for talent and business. The North of England has a GVA of over £300bn. We’d be the 10th largest economy in the EU if we were our own country. Knowing how much we still have to accomplish, our potential is vast.

If we can truly work together, speak with the same voice, build an ever-closer union of Northern cities and build the network for collaboration we deserve, the future is bright.

Here’s a recap on the regional investment breakdown throughout the UK, as revealed during the Budget 2016. 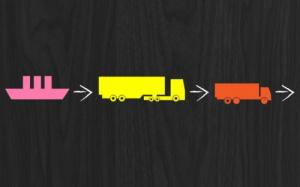 The UK’s Modern Slavery Act will impact you 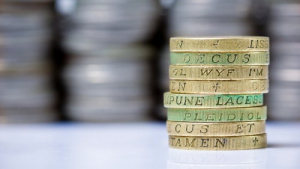