Entrepreneur Elon Musk is known for collecting memorabilia – James Bond cars to be exact. His biggest find was the aquatic vehicle featured in The Spy Who Loved Me. It disappeared after its film debut and was rediscovered in a storage container in 1989, before landing its new role with Musk in 2013.

Also well-documented is his disappointment at finding out it couldn’t actually transform from automobile to submarine. This inspired him to create his own – it’s still in the works, relegated to a mere hobby, but Musk won’t rest until he gets it to change from one form to another.

It’s a project that will definitely take time. But if you’ve got the money – and plan on keeping props in the same condition you bought them in – then why not head over to Prop Store’s entertainment memorabilia live auction? It’s free to attend, taking place at Waterloo’s BFI IMAX at from 10:00-21:30, 7–26 September – or you can simply watch it live.

The auction’s biggest items are set to range from £30,000-50,000, spanning the Alien creature costume from, well, Aliens, not to mention Matt Damon’s spacesuit from The Martian.

Other memorabilia – a staggering collection of 600 props and costumes from over 230 films awaits – to be auctioned include Dr. Peter Venkman’s jumpsuit from Ghostbusters, famously worn by Bill Murray, C-3PO’s head from Star Wars: The Empire Strikes Back and a model miniature of Star Trek: Next Generation’s USS Enterprise.

A further look through the website reveals memorabilia the likes of Guardian of the Galaxy hero Star-Lord’s helmet, Russel Crowe’s jacket from L.A. Confidential, Indiana Jones’ bullwhip, the letter penned by Tim Robbins to Morgan Freeman in The Shawshank Redemption and some of the accessories worn by Robert Downing Junior for the filming of Tropic Thunder.

You had better get moving if you want in on the action though as both registration and the bidding process are open.

It got us to wondering which props were sold for the most amount of money? PlayNJ helpfully supplied us with an answer, in the form of an infographic. 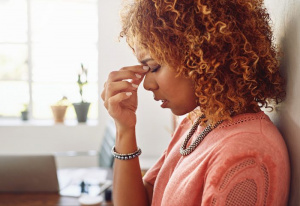 Job happiness declines at the age of 35 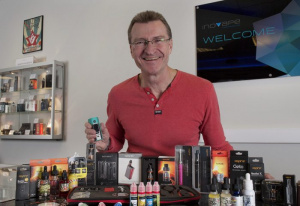 New kid on the block: Ino-Vape growth in an on-trend industry