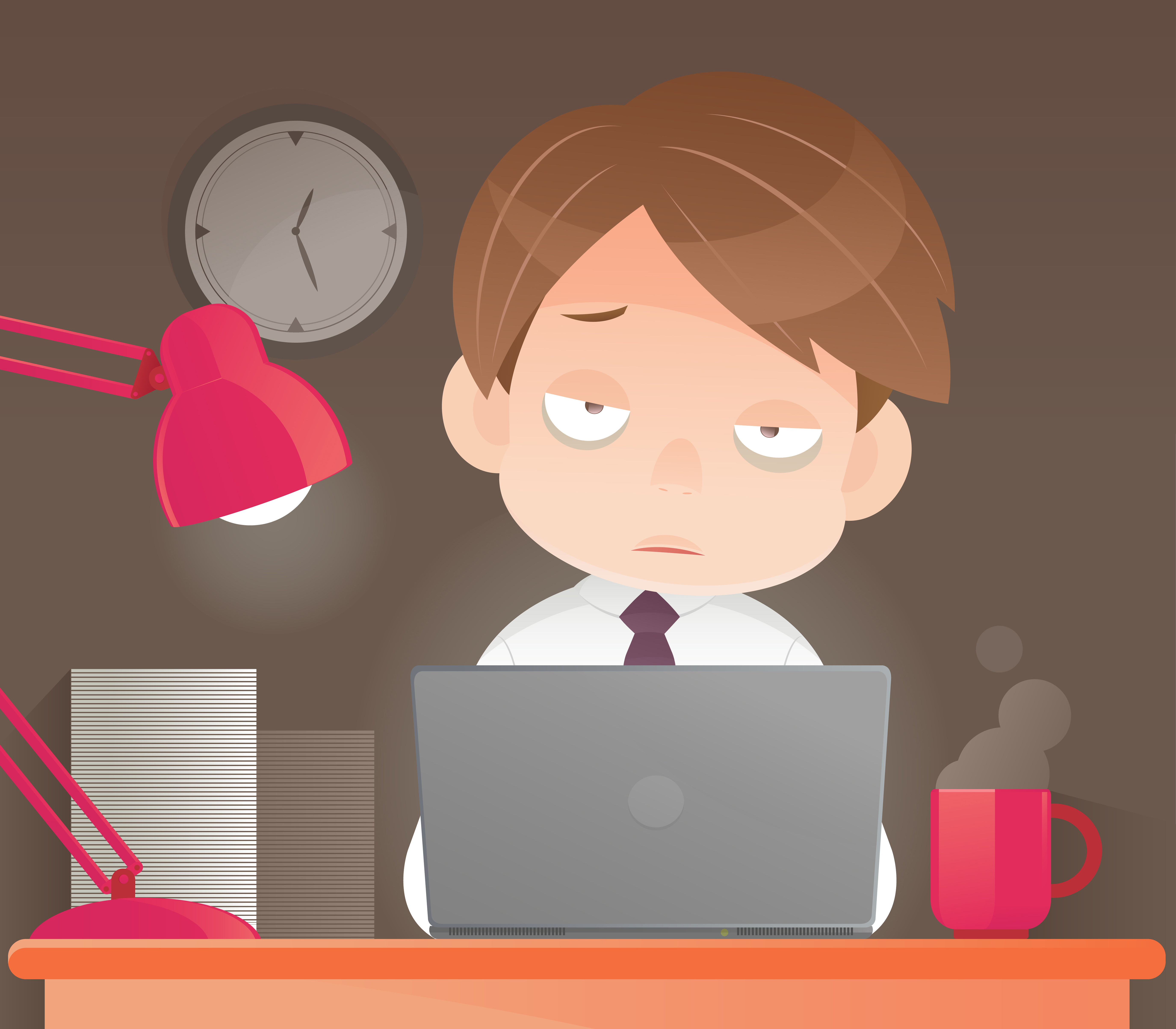 Share via
Written in August 2015, the article claimed working harder increased the risk of stroke by 33 per cent. One year later and it is no longer the only consequence one faces from working overtime. Gallup explained it made the workforce fatter while seated, you burn 50 fewer calories per hour. Multiply that over a 40+ workweek, and sitters will have had to run four miles to burn off 2,350 calories. Not to mention the six pounds gained every year from office snacks. Research has also shown that those spending four hours sitting per day have a 125 per cent increase in heart disease risk, while the “Australian Diabetes, Obesity and Lifestyle Study” found that those who sit more than 25 hours a week increase the chance of developing diabetes and bad cholesterol. But more importantly, it makes staff more depressed and expectedly so stressed out. But would your workforce continue to work as it does when they feel theyre being ignored Its unlikely, especially when you take into account that 32 per cent of Britain’s employees have no qualms about leaving their current jobs in 2016. Read more about increasing productivity in your business: In fact, it’s been suggested that many workers feel they have to work outside of their normal hours of employment to get their bosses to notice their efforts, even if one in three believe such efforts are going unnoticed anyway. This is according toOne4all Rewards Spotlight Awards, which researched 2,009 UK workers and its findings only serves as a reminder that even if staff love their jobs, they won’t necessarily be happy if they aren’t compensated in some way. One4all went on to claim that working extra hours was second only to exceeding targets as the reason for receiving praise. Delivering high quality work, good teamwork and maintaining a positive attitude fell into third, fourth and fifth place. This comes at a time when Britains poor productivity record has been highlighted by government figures, showing the biggest gap with other leading western economies since modern records began in the early 1990s. And when you consider how few workers are allegedly being positively recognised or rewarded for demonstrating exemplary skills and efforts at work, it’s really surprising that the British workforce is as productive as it is. Bosses really need to do more to reward qualities like these,One4all MDDeclan Byrne has said. One can’t help but agree, especially with his sentiment about rewards not needing tobe expensive or complicated. A simple meeting to express how their hard work has been noticed and has impressed will go a long way. “An employee of the month scheme where one prize is awarded per month, will be enough to reinforce these positive efforts,”Byrne claimed. Better yet, in companies that can afford it, tailor-made bonuses and rewards, which are based on individuals efforts, have the biggest impact on workers productivity and effort levels. From learning how to draw toast, becoming something akin to the Hulk, working less and watching cat videos more, here are some of the most controversial methods to increasing productivity. Image: Shutterstock By Shan Schutte</a ></em ></p >