More often than not, people suggest that humans are very poor lie detectors and forecasters, and that decisions of great proportions should be based on facts. But what if ignoring your instincts would be the wrong decision?

Hands up anyone who has instantly thought of an answer upon hearing a question, only to suggest the second one instead? We often know what the right answer is, or we at least have a strong sense of the right direction, and yet many of us ignore our hunches.

In fact, ignoring your instincts will be the wrong decision in three out of four cases.

Recent findings strongly suggest that we should all learn to be more confident in trusting our wisdom and better judgement, which in turn will help us to make better choices and decisions at work and in life.

In a nationwide Star Consultancy survey of managers, directors and employees, the overwhelming majority of hunches that were ‘overruled with intellect’ were later proven to be correct. And a fifth of those who listened to their heads rather than their hearts, said doing so had a damaging effect on their work or business.

And why shouldn’t we follow our natural instincts? Many have followed their gut, bucked the trend and made it big time! Just look at James Dyson. He produced a prototype vacuum cleaner in the 1970s that was pretty revolutionary. But he went on to set up his company merely on the belief that people would buy it.

Similarly, Henry Ford garnered the title of “mad” when he suddenly announced in 1914 that work hours would be cut but employees would be paid more. He wanted to stop the company from haemorrhaging workers. His hunch was right, and annual labour turnover soon dropped from 370 per cent to 16 per cent, while productivity went up from 40 per cent to 70 per cent.

So maybe the real issue is the fact that professionals should be “more confident” in following their instincts. That’s what Chantal Burns, one of the UK’s leading experts in state of mind and performance, believes.

She suggests that the majority blame self-confidence or a lack of power as the main reason for failing to follow their instincts. And she’s also taken a look at Star Consultancy’s research, the first of its kind to delve into the psyche of employees from an independent perspective.

“This unique research adds to a growing body of evidence showing that most of our daily decisions are not rational, logical thought processes but are inner directed via instinct, intuition and gut feeling,” she said.

Of those who have ignored their gut feelings, 22 per cent said doing so was “difficult” and was based on a lack of confidence (42 per cent), a lack of power to make the decision (45 per cent) or because they were “overpowered” by colleagues (34 per cent).

Maybe it’s a time we follow our gut more often, as, according to the survey, 77 per cent of respondents have ignored their instincts which, 70 per cent of the time, were proven to be correct.

Despite this, in nearly a quarter of cases, respondents said the situation “turned out successfully anyway”. Yet 21 per cent admitted that ignoring their instincts had had a detrimental effect on their work or on a project.

“The research reveals how the biggest barriers to better decision-making are a lack of clarity, being overwhelmed or feeling insecure and this causes us to make rushed decisions or to over-think them,” said Burns. “The good news is that these barriers are all state-of-mind driven and can be addressed through educating management and staff in how to bring more mental clarity to the job at hand.”

“Rather than shooting down or belittling hunches, organisational leaders need to better recognise the value of employee intuition, and encourage staff to trust and use their own instincts and judgement more often.

“As the research shows, three out of four times your hunch will pay off, and that will save time, resources and ultimately, benefit  the bottom line.” 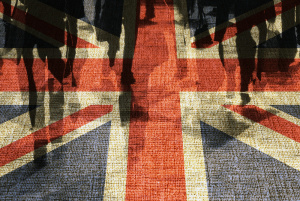 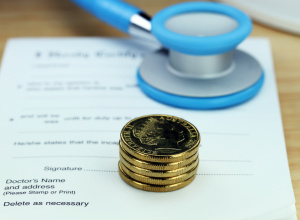