Kazi, who will be talking at a ‘Funding and IP for New Ventures’ event, held in association with Real Business, states that “only around 15 per cent of small companies have ever sought advice about protecting their intellectual property meaning many are exposed to the threat of losing out to competitors.”

Taking place at The Shard on Thursday 5th June between 5.45 and 9.00 pm, the event “will explain the steps that early stage start-ups and entrepreneurs need to take to ensure they protect their business and generate maximum value from their ideas and creativity.”

There are only three more days to register for your free place!

With IP accounting for over 80 per cent of the value of world stock markets compared to just 20 per cent based on physical assets, IP is becoming a more valuable asset than ever. Kazi agrees.

“IP is critical if you’re going to get a decent business value and build a company which is scalable and sellable” explains Kazi. But more importantly, IP gives you a competitive edge.

“Then if you’re a company looking for funding, whether it’s investment or grants, having IP makes you look more attractive – you’re not just another company doing something that anyone could do.”

When it comes to the different sectors, however, Kazi notes that each has their own approach to IP. “In the pharmaceutical sector IP is extremely valuable as you have a few patents protecting drugs worth billions of dollars. In the IT sector people are more prepared to cross-licence and no one wants to start a battle because you’ll have a lot of patents protecting lots of little bits of a product. People are also more aware of being the one to cast the first stone and so they are more likely to look at what you’ve got and try to negotiate a deal than simply try to block you. There’s a lot of live and let live – you won’t start a fight with me and I won’t start a fight with you.”

“In the medical device sector IP is a lot more important because of startups. Their IP is critical for them getting bought and those who buy them want to know that the IP they’re getting is of some value. In the clean-tech sector IP is less of an issue at present, but I wouldn’t be surprised if it becomes more of one because in clean tech there’s drivers such as grant-funding and the value of trying to get products to market.”

But with IP being seen as key to business success, what is the main issue that SMEs should be aware of? Kazi explains that although the UK talks about building a knowledge based economy, the UK Intellectual Property Office is unusually unhelpful and negative towards technologies in software related inventions – more so than the rest of Europe.

“This has a negative impact on tech companies and software companies as a whole. It doesn’t necessarily bother the larger companies who have developed here as they file elsewhere. But smaller companies tend to fail to appreciate what they should be protecting because of the UK’s approach, not realising that their assets could be protected in Europe and the US. What then happens is that a few years down the line they’ve grown bigger and they want to get bought by a US or European buyer, they’ll be turned down because they don’t have worthwhile IP.”

This is partly due to the fact that SMEs lack proper IP knowledge. “In the UK, IP is often an afterthought. People have less funding, the advice they get is often not as commercially focussed as it might be and it may not focus on what’s relevant to them and how they can add value to their business. A lot of them don’t think of it as a first step, but in fact, if they’re going to create a serious business and if they produce anything vaguely technology based, they really should be giving it a lot more focus than they do.” 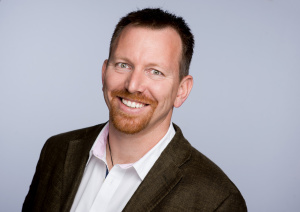 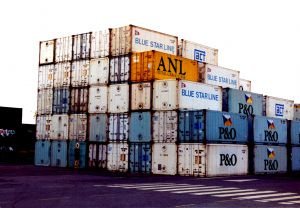