Whether you’re a fan of “I’m a celebrity…” or not, it’s been hard to miss the headlines this week about Mid-Beds MP Nadine Dorries, who has fled her post at the House of Commons to be thrown into the Australian jungle with a host of snakes, rats and creepy crawlies (frying pan… fire comes to mind).

There’s a real concern here, relating to her conduct in signing up to spend up to a month away from her constituency without consulting or obtaining permission from her party.

The Chief Whip, Sir George Young, has already suspended her from the Conservative Party and says that he wants an “urgent meeting”. That may not be at the top of Ms Dorries’ list of priorities when she’s topping up her tan on the other side of the world and pocketing an extra £40,000 on top of her annual salary of £65,000.

Under the Conservative Party’s code on conduct, MPs are under an obligation to “always behave with probity and integrity”, and it’s likely that she’s not only breached this rule, but she might also face disciplinary action if she misses a crucial vote on the EU budget and fails to turn up for George Osborne’s autumn statement on the economy.

Her behaviour is, of course, justified by her own contention that she plans to speak to 16 million people to raise concerns about important issues like reducing the abortion limit from 24 weeks. I can think of rather more persuasive and eloquent ways to draw attention to important social issues, but each to their own.

How to deal with absences

Work – we all have “off” days, but the deal is this: employees are expected to attend to carry out their duties a reasonable number of times in the year and only take time off (other than sickness absence) with permission. (But note that MPs are, incidentally, not employees.)

Unauthorised absence from work is a big issue in organisations, and time and time again we find ourselves advising clients about how to deal with it.

In every organisation, failure to turn up for work without notice is unauthorised and in some cases can be grounds for gross misconduct; but like all aspects of employment law you should always follow a rigorous procedure:

It’s important to keep your emotions in check when dealing with cases of unauthorised absence.

Understandably, it can set your blood-boiling when you are forced to provide cover at short notice and the rest of your employees have to cope under added pressure. But don’t jump to conclusions. Listen carefully to what is said and consider whether the responses given are acceptable in the circumstances.

Whatever action you decide totake, you should make sure that it corresponds with the nature of the absence. Someone with a consistent bout of “Mondayitus”, for example, may be treated rather differently to someone who is genuinely caring for a dependent in an emergency.

Like most employees with cases of unauthorised absence, in Ms Dorrie’s case I doubt very much that she will end up having the last laugh. Not only will she be chewed to bits by nasty bugs while she’s in the jungle, she’ll be chewed even more viciously by the Conservative Party elders when she gets back.

And who is ever going to take her seriously again? She may be cut-off from the political storm that is emerging now, but she’ll be in for a real shock when she returns home. 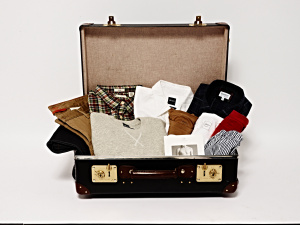 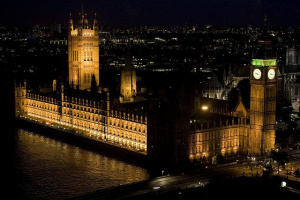