Included within the government’s Industrial Strategy white paper, were steps intended to make the UK more innovative. Regulation, policies, taxes and investments will all be wielded to increase the success of the nation.

Boosting lack-lustre R&D levels, prime minister Theresa May announced at a 2017 CBI conference, would likewise help innovation plans. According to the BBC, she explained to conference attendees: “For every £1 of government support for R&D, British businesses invest around £1.70, but in America businesses invest around £2.70 and German counterparts contribute nearly £2.40.”

It’s an issue on par with the productivity debate, with many suggesting the most innovative businesses place larger emphasis on economies, research and development.

For example, Bloomberg’s annual Innovation Index claimed innovation was part and parcel of UK business. However, “Despite the Department for Business, Energy and Industrial Strategy reporting that over 1,100 businesses launch every day, of the top 25 businesses in the world, only two are of British origin. Those are Shell and BP, both of which specialise in oil and gas.

“Statistics and rankings such as these paint a different picture to the current business landscape in the UK. While objectively successful, companies lack the global opportunities to thrive outside of the domestic market and disseminate innovations internationally.”

It also lacks the R&D levels seen in Bloomberg’s top five innovation ranking. For those interested, the UK ranked 17th, a position it has managed to retain for another year.

Speaking to Real Business, Justin Arnesen, director of R&D, tax and grants at Ayming, said investment in UK businesses will increase once research takes centre stage. It shows there are huge barriers stifling innovation in the UK, he added, and with the international race to become technological leaders becoming more fierce, “the UK needs to increase its competitive edge”.

He said: “Frankly, I’m surprised the UK has managed to retain it’s position at 17th. Although there is plenty of encouraging talk coming from the government about creating a culture of innovation and increasing R&D expenditure, we aren’t seeing this in practice.

“HMRC are acting sluggishly when it comes to approving R&D tax credits. We know of applications in the market which have taken three or four years to gain approval. Things need to be done quicker and businesses need more consistency. Why would large firms invest here when the likes of Singapore will welcome them with open arms?”

Singapore leaped ahead of other European countries, including Germany, to land in third place. As part of the Bloomberg report, Michelle Jamrisko and Wei Lu had a talk with Yeo Kiat Seng, a professor at the Singapore University of Technology and Design.

Kiat Seng sugested that “Singapore has always placed strong focus on educating it populace, especially in STEM disciplines and it has asteadfast commitment to funding R&D and innovation.” 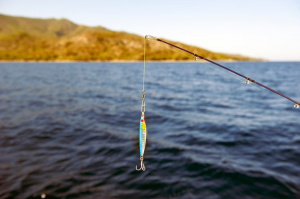 Presentations should hook the audience first, and go into detail later

Even the best-run company can suffer from data breaches