Needing 326 seats to achieve a majority in the Houses of Parliament, both Theresa May’s Conservatives and Jeremy Corbyn’s Labour have failed to reach the mark, meaning before any key business issues can be addressed there will be a period of “huge uncertainty”.

Those are the feelings of business owners and leaders throughout the country, such as Emily Mackay, CEO of Crowdsurfer.

She said: “All the issues that would really make a difference to small businesses – automation of tax systems, better access to finance, support for entrepreneurs in the form of tax breaks and pre-school childcare – will almost certainly take a back seat during what will inevitably be a period of huge uncertainty.

“Perhaps it’s time we reviewed the whole concept of political parties. It’s like picking a fund of funds – you’re selecting a pre-curated basket of (in this case) policies. Which inevitably means compromise. What would be better is to vote on policies and have the best experts for the job form a government to implement them.”

This sentiment was echoed by Chris McCullough, CEO and co-founder of RotaGeek. Believing the election has “shaken the political establishment”, the results will come at the cost of short-term volatility.

“The end results of this election mean that instead of focusing on the incoming Brexit negotiations, our politicians need to focus their attention on two fronts: Europe and the developing constitutional crisis at home,” he added.

Stuart Veale, managing partner at Beringea, told us any prolonged period without clarity in a Brexit strategy could have a “major impact” on operations and future prosperity. “The UK economy and the international investment community need reassurance that the government is committed to allowing high-growth businesses to flourish here,” he said.

The start of Brexit negotiations were scheduled for 19 June, with May wanting a majority result from the election to give her a mandate and authority. However, with her party failing to win enough seats, the prime minister will have people questioning whether she has backing of both the general public and her colleagues.

“Brexit has left the UK facing enough uncertainty and the [general election] result will have added to that insecurity. However, we know that the government needs to be in situ by 19 June when the Queen’s speech takes place – but whichever leader moves into Numbner 10 we would urge them to put employment and self-employment issues at the top of the agenda to create that all-important stability.

On the subject of Brexit, Donald Tusk, the president of the European Council, took to Twitter and said: “We don’t know when Brexit talks start. We know when they must end. Do your best to avoid a ‘no deal’ as a result of ‘no negotiations’.”

When the 2010 general election resulted in a hung parliament it took until six days after the vote for the coalition government of the Conservatives and Liberal Democrats to be formed.

Tim Mills, investment director at the Angel CoFund, is more buoyant about the coming days and weeks. He believes the results of the election should not impact on the continued success of British businesses.

“Without a doubt, the UK is well positioned to maintain its ranking as a global leader in innovation, with an amazing track record for attracting investments and driving growth across the country.” 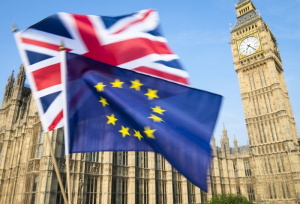