I’ve been criticised for putting my political views out there, but I’d much rather have my voice heard than sit on the fence and dodge just about everything, as we know many politicians do.

People claim that I’m a typical Tory rich kid, but that’s just not the case – and you can’t tar all people with the same brush. You only have to look at my past, which I’ve never been ashamed of, to see that I was a school drop-out and I’ve had to fight for and earn what I have today.

As a business owner, I have to think about what will keep my company, that I’ve worked so hard for, on top, and that means thinking about the needs of my employees as well as what will keep my business thriving. I know that the only party that will support me in this is the Conservatives.

The skills shortage is a huge concern for a lot of companies, including mine. By getting rid of the 13,000 technical skills and developing the new T-Levels across 15 routes, the Conservatives maintaining a commitment to developing technical excellence.

The party has also vowed to create three million apprenticeships by 2020, working with employers and dealing with local skills shortages to deliver the highest possible training, based on the needs of the employer.

At Pimlico Plumbers, we receive hundreds of applications wanting to embark on our apprenticeship scheme. It’s time that smaller SMEs, that are so important to the success of our economy, feel confident enough to use resources like the Apprenticeship Levy, to take on an apprentice, and for younger people to have more opportunities to start their career.

Another Labour policy that would hit SMEs and other businesses hard is Jeremy Corbyn’s corporation tax rise, something I’ve already made my feelings pretty clear about. He thinks that he’s taking money from the rich to fund other policies but in reality he’s taking directly from the self-employed. Raising corporation tax could be the determining factor between hiring or firing an employee and destroying a company’s growth opportunities.

The Conservatives want to support small businesses through business rate relief, increasing personal income tax allowance to £12,500 and lowering corporation tax by two per cent. Theresa May has also pledged to ensure that 33 per cent of central government purchasing will come from SMEsby the end of parliament.

If these stand-out policies aren’t enough, then we only need to look at the leadership on display in the “so-called” competitor party.

No one can forget the car crash that is Diane Abbott and her £30 policemen and women, or as I prefer to call them “thirty-quid coppers”, but her own party leader did the very same thing this week. How can we have a party running the country that can’t even remember their own facts and figures?

Speaking to the BBC’s Emma Barnett on Radio 4’s Women’s Hour, Labour leader Corbyn did an Abbott and forgot how much his party’s free child-care policy for 1.3m children was going to cost.

This left me, and not for the first time, wondering how on earth anyone can possibly think it would be a good idea for this man to be the prime minister of the United Kingdom. Personally, I think the answer is that a lot don’t.

What’s more, how can we trust someone who can’t even remember policies, that he’s had a hand in creating, to lead us through Brexit negotiations? Is he going to forget what kind of deal we want and need?

The fact of the matter is that Corbyn is too busy trying to be everyone’s friend, trying to please everyone with meaningless phrases and that’s not what this country needs. For my general election vote, we need a leader with a safe pair of hands – armed with realistic policies that will secure the best Brexit deal and ensure our country comes out fighting. 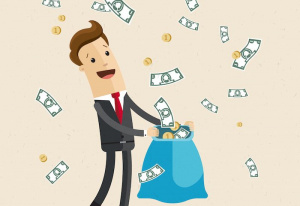