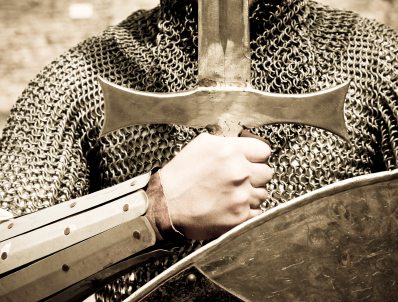 In the 1981 John Boorman film Excalibur, Arthur, sensing that Merlin wasn’t that appreciative of his late father’s tendency to recklessly wage war, asks timorously, “You loved him?” to which Merlin paternalistically replies, “Well, it is easy to love folly in a child”.

Making mistakes is part of growing up, but Merlin’s wisdom hints at that inestimable ability of wayward children to continually push and indulge a parent’s patience to breaking point. It is perhaps apposite, given the sentiment expressed in Boorman’s film, that Project Merlin – the codename for the 2011 agreement between the government and the main high street banks, requiring them, amongst other things, to curb bonuses – should be named after the wizard of Arthurian legend. Sometimes the banking sector feels like a wayward child that has been indulged too much and for too long. Waywardness is overlooked when the child is behaving or, in an economic context, when the taxation of banking profits is keeping the public coffers topped up and everyone thinks that being “highly leveraged” is sensible financial planning. The real test is when the child misbehaves. I am not in the business of defending egregious or outlandish bonuses in the banking sector. I am, though, in the business of defending bonuses per se. To take a memorable line from the 1987 film Wall Street and adapt it slightly: “The point is, ladies and gentlemen, that bonuses, for lack of a better word, are good. Bonuses are right, bonuses work. Bonuses clarify, cut through and capture the essence of the evolutionary spirit. So, how has bonus (being the Latin for “good”) become a byword for bad

A short history of bonuses

In times gone by, the purpose of a bonus was to recognise success in the previous year – a turkey at Christmas, a heart-warming token gesture. If somebody performs over and above what is expected of them, who would begrudge that person receiving a little bit extra   But that little bit extra has become a lot extra. The past 25 years have seen a growing trend for employees to be remunerated as if they were commission agents with salaries playing a less significant role in the overall remuneration package. This is certainly the case in the area of executive pay.  At the same time, the role played by bonuses has increased. The traditional partnership model in accountancy, banking and stockbroking was devised around a traditional remuneration system of profit sharing. The demise of the classic partnership structure meant that the sharing out of partnership profits was replaced by the paying out of bonuses, which in turn meant that for those working in the City, bonuses were no longer the icing on the cake; they had become the cake. The public (and who can blame them) do not understand how a bonus, being something extra, has become core remuneration.

The benefit of bonuses

I am a big fan of well-structured, proportionate bonuses, by which I mean short-term (typically annual) cash bonuses that are dependent upon the achievement of stretching performance targets.  They are a means of flexing pay costs and of aligning rewards to the business cycle. They are an extension of variable pay. They represent an alternative to headcount reductions. They are a safety valve. In financial services, when it became apparent that the FSA’s remuneration code would mean higher deferral levels of variable pay, many banks raised base salaries and are now stuck with unsustainably high fixed costs. The only question is: what makes a good bonus” And when does it turn foul?