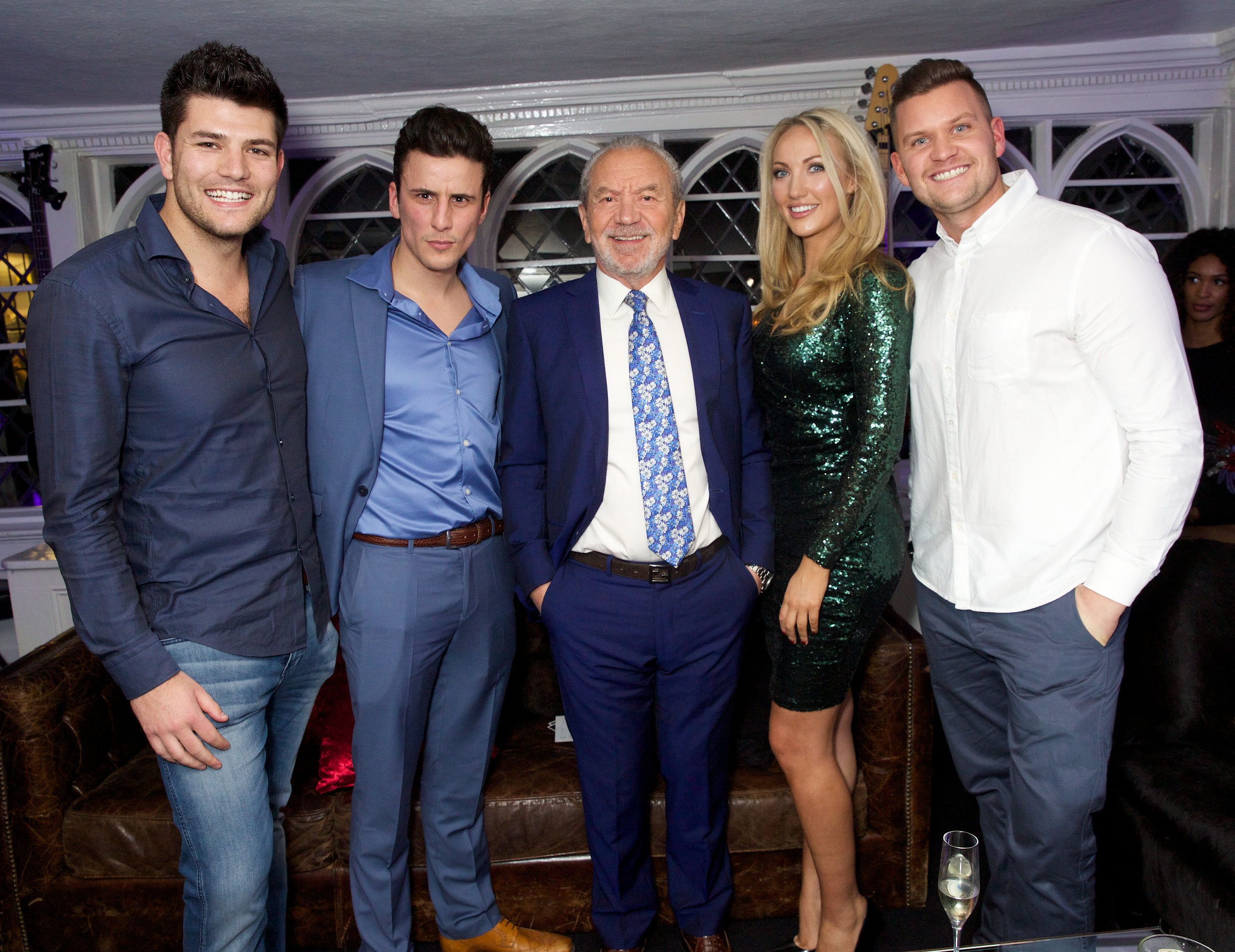 Share via
When we spoke in the late hours of the morning, Valente had already been working since 6am. Clearly starring on TV hasnt changed his entrepreneurial attitude, as he said hes working 16-hour days on his business,?Impra Gas, which covers plumbing, heating and electrical services. However, winning The Apprentice and the resultant 250,000 investment from Alan Sugar has meant he was able to increase his staff count, which gives him the weekends off thanks to the option to delegate tasks and get some time to himself. My role has changed from being at the epicentre of dealing with finance, sales, marketing, compliance and bookings. Now it’s just new business development and sales, and thats my forte. Its very nice to be back in one area and passionately run the business from a director level to clients,” he said. But what gave Valente the inspiration and confidence that he should apply for, and could win, The Apprentice “When I was 22, I read Lord Sugars autobiography. It turned something on inside of me. He went from nothing to a massive empire, and I decided to start from that, so I applied. I always knew I was going to work with Lord Sugar,” he explained. Adding why he was so convinced his dream would become reality, Valente continued: Its the strangest thing to say, and it sounds cheesy, but I knew it was my destiny, I just knew. When I get a really strong feeling and Im very sure things are going to happen, they do. Im a very firm believer in the law of attraction. When something doesnt go your way, it’s for a reason and you realise down the line why that wasnt the right thing. Not every opportunity is the right one, so when something better happens you realise why.

In his opening audition tape, Valente boasted that he is the definition of success. Rather than shy away from the bold statement, he explained success to him is achievement and recognition for whats been accomplished. Its a matter of passing stepping stones and moving on. I set myself strong stepping stones, whether thats a new qualification, vans, a car or money. Money is a byproduct of success, so when Im achieving the goals that drive my success, money is the reward,” he said. And, despite operating in a crowded market, Valente explained Impra Gas is able to distinguish itself by delivering an A-grade service. For us, we sell our vision as a five-star experience. Its plumbing and heating carried out to a high standard in the way we manage customers from start to finish,” he explained. Installations comprise a ten-year warranty and service plans, so all products in that package give customers a ten-year peace of mind and value for money. We replicated larger firms offerings, bettered it, and halved prices. And were not a one-man band either, so we deliver what they can’t. “Were the middle players at an affordable price and thats our identity. Its a fragmented industry with 80 per cent of small firms occupying the market and 20 per cent the large. Weve seen a gap in the middle and were running with it.

The Apprentice: The most successful recruits to have worked with Alan Sugar

While Sugar inspired Valente to give business a shot, he acknowledged that drive has always been there, having sold sweets and stickers to friends when he was at school, or hitting the streets washing cars. Open as always, Valente had admitted that his time in education saw him expelled from school a topic we touched on. I didnt learn well in that [classroom] environment. I had a different skill set to learning from books, which drove me to be disruptive in class,” he recalled. I couldnt understand why I was doing subjects that didnt give me anything I needed. I thought I can’t draw, so why am I doing art Grades dont mean anything and a lot of kids are being penalised if they dont achieve results based on grades, but it’s not the way forward. Most successful entrepreneurs are practically-minded. In a sense, the competitors on The Apprentice can be perceived as the students, with Sugar the teacher. And when it came to the show, Valente said in his audition tape hed beat anybody in his way. Clearly he proved that to be true, and explained what set him apart. My work ethic, drive, passion, vision and honesty. I dont know everything, but if I did know something then I put hands up and made sure he [Sugar] knew,” Valente said. Ive got a hunger to do whatever it takes to achieve my dreams. I think thats what he saw I won’t stop until I get what I want.

Six of the more humorous tasks given to The Apprentice candidates

I pressed for the specifics of what hes looking for, at which point he quoted Al Pacinos power-hungry mob boss Tony Montana aka Scarface. I want the world and everything in it,” he said, only half joking. I dont have anything specific, but every time I do get something, I want more. Another audition tape quote was calling Playboy founder Hugh Hefner a role model. The Hugh Hefner remark was a standup one. Whether you agree with what he did or not, the guy was a pioneer and very successful with what he produced. Plus, he worked with very beautiful women,” Valente laughed. Working with the very successful Sugar, his true role model, however, has been everything he expected. Prior to winning the show, Valente had funded the business with a 15,000 personal bank loan. With that, he was able to buy a van, tools, uniform, branding, a website, smartphones, tablets and a computer, while he was left with 5,000 as a backup fund. “Within the first week, I started to make a return. Things just blew up,” he said of the launch. I signed two property companies in two weeks and got access to 600 houses. With Sugar on board though, Valente has even more pulling power to attract clients and open doors.

Continue reading on the next page for the most valuable lessons Valente learnt from Sugar, as well as what he took away from the biggest mistake he made on The Apprentice.