There’s a famous GIF depicting how people feel throughout the week, starring Leonardo DiCaprio in different movie scenes. It’s resurfaced time and time again, popping up on Facebook and Twitter walls. But recent workforce behaviour may mean an edit is in order.

DiCaprio starts off crawling through the mud a la Revenant, only to toast peers in a tux with fireworks lighting the sky on Friday. Even if you love your job, and your company is making waves, that “Gatsby dinner party feeling” is bound to come your way when a difficult week ends.

For those yet to enjoy DiCaprio in all his acting glory, here it is:

Numerous comments from fans maintain that Sunday should instead feature a Titanic shot, indicating how the workforce is “sinking” into the Monday blues. It’s not too late, the GIF may soon need to be revised anyway. Fireworks and drinks are becoming an inaccurate depiction of our Friday feelings – and it’s all because we can’t leave work alone.

Boundless recently studied the habits of 2,000 office workers, only to find that 65 per cent do extra work at the weekend. In most cases, staff aren’t paid for that overtime – but they would earn an additional £3,359 each year if they were.

It’s not hard to imagine why 60 per cent of public sector workers think they aren’t being paid enough. Wages were cited by 46 per cent as being too low as well – definitely enough to wipe that cheeky DiCaprio Friday smile off anyone’s face.

Surely it’s a case of blurring the boundaries between work and home life? Boundless interjects, however, that 53 per cent felt it was expected of them. Some 33 per cent had no choice due to understaffing, with 24 per cent maintaining bosses would rage if they weren’t on top of things come Monday. A small minority – eight per cent – hoped it would further their careers.

It’s a trend on the rise as 82 per cent have worked at least one weekend in the last six months. One in ten said they worked a third of all weekends in the same time frame – and most of those claimed to have dedicated the whole full day.

“That the weekend starts early on a Friday is a myth,” said James Robertson, head of marketing at Boundless. “On average people work an additional two hours on a Friday evening, so the typical weekend doesn’t start until at least 7.30pm. Then there’s working over the weekend.

“All this overtime puts a strain on people’s work-life balance. Our research showed 46 per cent of public sector workers feel their work-life balance is all wrong, compared to 39 per cent of those in the private sector. It is crucial to maximise your spare time and make the most of it – be you staff or employer – or we risk work dominating our lives.”

Don’t let the DiCaprio GIF be a thing of the past! 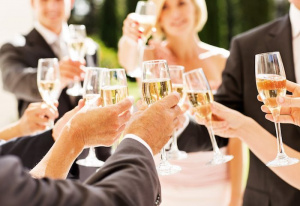 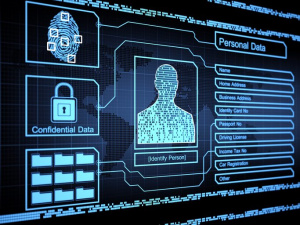 IT security threats to personal data: Don’t go the way of TalkTalk