The topic of funding has increasingly been put in the spotlight after prime minister Theresa May unveiled her modern industrial strategy – a national growth plan guided by ten pillars, including investment in science and development of skills.

The world of venture capital (VC) and startups arguably revolve around government funds. Think of, for example, the numerous companies involved with the British Business Bank and Smaller Enterprise Investment Scheme (SEIS). But while they fuel business growth, it’s the European Investment Fund (EIF) we’re most reliant on – a cause for concern among VCs after the Brexit vote.

But May plans to ensure Britain is the place to be for business and investment alike. She said: “The modern industrial strategy will back Britain for the long-term. It will be underpinned by a new approach to government, not just stepping back but stepping up to a new, active role that backs business.”

It follows on from a speech on 17 January whereby May explained befriending the EU would be crucial – but it didn’t mean the EU would have the upper hand. Her reason was simple: “For the EU, a consequence of locking us out completely would mean new barriers to trade with one of the biggest economies in the world. It would jeopardise investments in Britain by EU companies worth more than half a trillion pounds. It would mean a loss of access for European firms to the financial services of the City of London.”

To make the UK increasingly attractive and competitive, May will be focussing on certain industries by boosting strengths and attempting to eliminate weaknesses. So far investment in research and infrastructure, as well as technology, in high on the government’s list.

Financial Times writer Kadhim Shubber said it best when he claimed Britain had gained startup hub status because cultivating the technology sector had been an industrial strategy “driven hard under David Cameron and continued under Theresa May”.

May’s speech emphasised supporting the technology sector – a job that could be given to the government new Industrial Strategy Challenge Fund. The funds would be distributed amongst areas such as smart energy, 5G mobile and robotics and is part of £4.7bn of additional R&D funding announced in November 2016 – a bigger increase than in any Parliament since 1979.

Additionally the government will be spending £170m to create an Institutes of Technology to provide technical training to ensure the UK wouldn’t fall behind nations such as China for a lack of skills. Plugging the skills gap, May explained, was part of the post-Brexit plan – and a way to keep investors coming back for more.

“As we leave the EU it will help us grasp the bigger prize: the chance to build that stronger, fairer Britain that stands tall in the world,” she said. “It’s also a means of saying to investors, both in this country and around the world, what we are going to do to be competitive in the future – whatever the outcome of Brexit is. And this has been recognised, and has been greeted with enthusiasm by companies around the world.” 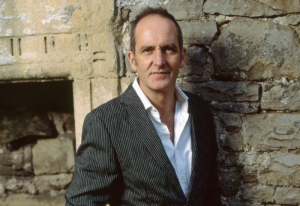