Before we break down the cashless countries worldwide, let’s recap on how the cashless movement is changing Britain.

A study previously revealed the cashless UK cities where businesses are at risk should they fail to adapt, which saw Brighton top the list, followed by York and Birmingham closely behind, for the locations where shoppers are most keen to abandon cash.

“Christmas is one of the most important trading periods of the year for most small businesses, and our research shows how vital it is to offer shoppers the ability to pay by card,” said Mike Tomlinson, director of small business at EE, at the time.

Now, Forex Bonuses has revealed the largest cashless countries on the planet, analysing the nations with the highest levels of contactless cards and other cashless methods such as mobile payments to determine the ranking.

Of the top cashless countries, it was Canada that came out on top. Interestingly, this was driven largely by the fact that Canadians have an average of two credit cards each, rather than high levels of contactless cards.

Following on from Canada in second spot for cashless countries was Sweden. Such is the appeal of a world without cash, an article from Mark Bolsom, business development director at Moneymailme on cashless economies noted: “it’s clear that in no time at all Sweden will have phased out cash altogether”.

“Consumers want to pay in the most convenient way for them, so with debit and credit cards so easy to carry around, and with the growing popularity of e-wallets, holding cash is simply not at the forefront of consumers’ minds any longer,” he said.

“Sweden is proof that a move to a cashless economy is not just a concept but very nearly a reality. With electronic payments making up 95 per cent of all retail transactions, it’s clear that in no time at all Sweden will have phased out cash altogether.”

Continuing the cashless countries rundown, it was revealed the UK took the third place. Some 52 per cent of respondents use cashless methods of payment, significantly higher than ten per cent in China.

Catch the full breakdown of cashless countries in the infographic below: 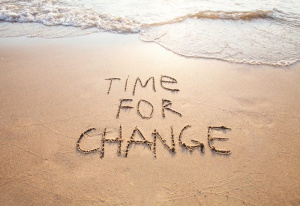