The investment firm was set up by the founders of Innocent Drinks, Richard Reed, Jon Wright and Adam Balon, in 2012 to provide growth funds from a pot of capital stemming from the three entrepreneurs’ sale to Cola-Cola.

Its new investment, mifold, has developed a “revolutionary” child car safety seat that is ten times smaller than the conventional booster offering, but “just as safe”.

Joining JamJar in the deal are Israeli backers Missri Group and an Asian manufacturing group with experience in the car seat industry. The deal is the second investment mifold has closed, following a £400,000 seed round in August 2013 featuring backers such as former Barneys CEO Howard Scott and Battery Ventures general partner Scott Tobin.

The business was set up by Jon Sumroy in 2013, having apparently developed the idea “many years ago” when his children were younger.

Explaining the inspiration behind his company, Sumroy said: “I recognised the hassle that comes along with a regular booster seat when my children were in a carpool or getting picked up by their grandparents. So I realised that, if I could design a booster that was mighty small and mighty strong, one that kids could take with them everywhere, then they could always travel safely, no matter whose car they went in.”

According to the product description, while a normal booster seat lifts a child up to an adult position, mifold does the opposite by holding the seatbelt down. The product “guides the seatbelt” off the stomach and the neck.

Adam Balon, co-founder of JamJar Investments, added: “mifold is a great solution to a real problem. We’ve all suffered that moment when you don’t have a car seat; on holidays, outings with grandparents or school friends. And sometimes there’s a surprise additional child that needs a ride.”

“We loved mifold from the moment we first saw it. It is one of the most creative concepts we have come across and the genuine innovation, coupled with Jon’s extensive business experience is what we find most exciting. We really see the potential.”

Read more from the founders of Innocent Drinks:

To fund the company’s first big batch of orders, mifold are launching a Kickstarter crowdfunding campaign on the back of the deal. 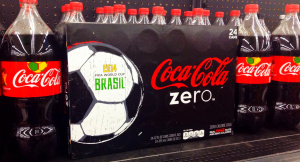