Any student of history knows that nothing remains the same for very long, especially in the world of business. It was quickly apparent to the artisan weavers and textile workers in the early 1800s that the introduction of mechanised looms and urban factories signalled the end for their cottage industries.

So, these workers took to breaking into factories to smash up this new technology which was threatening their livelihoods. They became known as Luddites, after a mythical apprentice Ned Ludd, a word handed down to us today to describe anyone opposed to new technology.

Innovation has always been, but now it moves at a rapid pace

It is estimated each era of innovation spans around 50 years, but I have to admit with the arrival of the digital era, it feels like the business world has been at the centre of dramatic change since the turn of the millennium.

The message is clear. No business has a divine right to remain on top of the heap or even survive by trading on past glories.

Being a great business doesn’t make you immune from innovation

The memorial for once great businesses is filled with a litany of famous brands that failed due to innovation lag. Some were household names – Eastman Kodak, Blockbuster and Woolworths, which once boasted 820 stores and 30,000 staff.

They were all names that formed part of our everyday lives and all failed because they continued to plough a lone furrow when all around the world was changing.

When they did choose to react, it was too little, too late.

More recently they have been joined by many more revered names such as Toys R Us, BHS, Maplin and Comet, with many others facing an uncertain future as they limp on in administration.

Understanding changes in your market

One great example of the necessity for change and innovation is Hornby, a name dating back to 1901 and best known for its model trains. It was interesting to hear an interview with chief executive Lyndon Davies who said he arrived in 2017 to find “chaos”.

He revealed that the senior management of the company, which also owns Airfix and Scalextric, were quickly removed as they simply failed to understand the business.

Under his watch, Hornby has now cut its losses to £5.2m last year from a previous £10m deficit. Impressive, but hardly thrilling.

Davies said Hornby’s previous managers did not understand the market and continued aiming its products towards its traditional audience of children, when many of its customers were actually collectors and hobbyists.

He is pulling the company back from the brink simply by broadening its range to appeal to both children and collectors, with an array of products which appeal to all. As Toys R Us found out, these days youngsters are more likely to be glued to a computer game or screen rather than following the simple pursuits of yesteryear.

Reflecting on innovation within my own company

Given this is the 40th anniversary of my company Pimlico Plumbers, I’ve been reflecting a great deal on the need for change and innovation.

When I started out with my old van and a bag of second-hand tools, I was focussed on fixing taps, renewing pipework, fixing boilers and the like.

Now, I’m very proud to say we’re London’s largest independent service company, with an array of trades able to tackle everything from electrics and roofing to building, drains and carpentry.

Had I remained a plumber, would I have achieved the same success?

All I know is that I saw and seized the opportunity to innovate and expand into other trades – and that diversification has strengthened this company and allowed it to achieve great things.

The world of business – especially for SMEs – can be tough and unforgiving but continuing to do something simply because it has worked for until now is no longer an option. I’m not saying abandon your principles, just be prepared to be more responsive.

Times are certainly challenging for SMEs in these times of political and economic uncertainty, globalisation and international trade disputes.

My advice to business owners is to learn from the past but don’t live in it. After all, it didn’t do the Luddites much good. 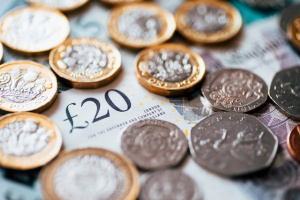 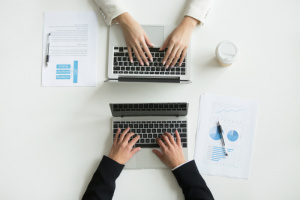 Business software your company should have