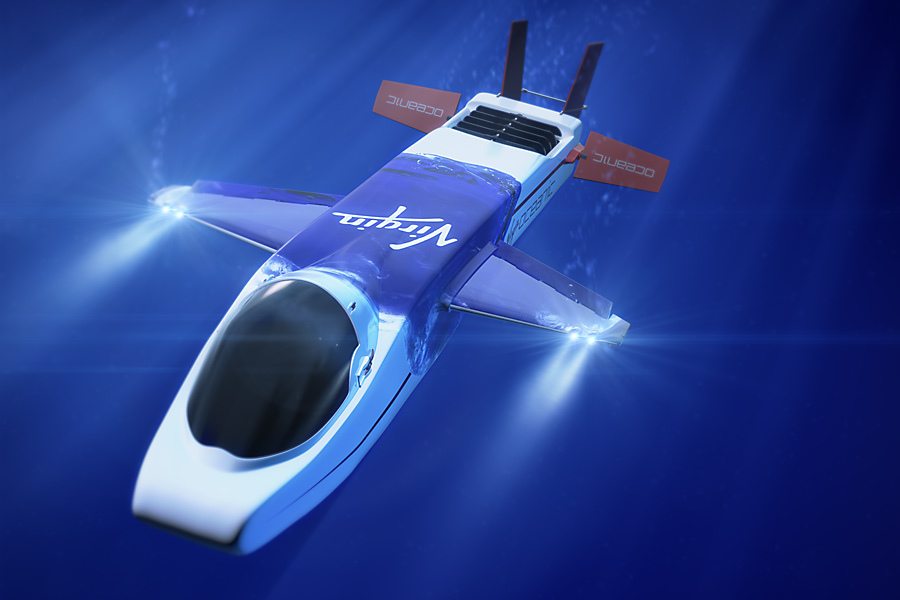 Share via
Richard Branson launched Virgin Oceanic this week, including a submarine that will take him to the deepest point of each ocean. “With space long ago reached by man, and commercial spaceflight tantalisingly close, the last great challenge for humans is to reach and explore the depths of our planet’s oceans,” Richard Branson says. “The submarine will travel to the deepest trenches in our oceans and will allow its pilot not only to reach these depths but to explore for ten kilometres on each of the dives.”

This isn’t so much a commercial project for Richard Branson, than a scientific expedition.

Indeed, Virgin Oceanic and sub owner and operator Chris Welsh are partnering with scientists from Scripps Institution of Oceanography, the University of Southern California, the University of Hawaii and the Monterey Bay Aquarium Research Institute. “From a scientific perspective, my view is that this endeavour offers the opportunity to observe and make measurements in an environment that is otherwise not accessible to human exploration,” says Dr Katrina Edwards, director of the Center for Dark Energy Biosphere Investigations at the University of Southern California. “This expedition offers a lens into microbial and other species’ diversity at depth in our oceans, the most poorly accessible habitat on earth.”

Richard Branson also says he’s excited about the opportunity of setting new records. “We may well set a few Guinness World Records while we?re at it ? up to 30 I believe! Each dive will be the world?s first solo dive to the bottom of the five deepest trenches in the world. So there?s five just to start with.  “We will discover a whole new world. A world full of undiscovered species and for those who dream, a world where Spanish galleons have lain unplundered for centuries!”