Dominic O’Connell, the business editor of The Sunday Times, has called the newspaper’s lists exploring the best British companies for employees, as “the most extensive research into employee engagement carried out in this country”.

More than 1,000 businesses registered to take part in the surveys, with the leading 325 recognised in four categories – Simply Business clinched the top place in the Best Companies to Work For (mid-sized category). The results are determined through an employee survey and a process of auditing the company policies and practices through a questionnaire.

The business insurance provider entered the list for the first time in 21st place last year – its rise to the top spot marks a step up in its approach to employee welfare. With recent research from the British Health Company showing that employers across the UK can do much more in the way of employee wellbeing, what has set Simply Business apart?

Jason Stockwood, the chief executive, said that the company has taken a fundamental position of “looking at work as a part of life, not distinct from everything else”. Work has become an increased part of everyone’s lives, and he feels there’s a real need to “examine the work environment and how it can be improved”.

Stockwood also emphasises providing for employees so they don’t burn out, feeling overworked and overtired. “We’ve looked at whether the pace our employees work at has been sustainable for the longterm. We try to avoid these intense short-term projects which can be incredibly draining,” he explained. A perk for workers at the company is the flexible benefits package on offer for all employees.

Stockwood divulged that this stood at around £1,200 per person, and what it goes towards depends on personal preference. Some of the examples he listed include gym membership, private medical healthcare and cinema tickets. It has been a big hit with employees. As part of The Sunday Times assessment of the companies that were nominated, staff took part in surveys to provide feedback. Those at Simply Business said they were particularly impressed by their feeling of wellbeing, and agreed that they had a strong work-life balance.

“Fundamentally, we think it’s important for people to take care of themselves,” Stockwood said. He worked across ecommerce, with previous positions at lastminute.com and Match.com, and admitted that the push for better staff wellbeing “is generally more accepted in digitally-led businesses”. Stockwood sees the value in setting out wide parameters within which he’s happy to facilitate a range of activities and initiatives that help with employee wellbeing.

“It’s not a typical hierarchical top-down set-up. I don’t set out stringent rules where I say you have to do this, this and this. People can suggest what they think will be beneficial,” he explained. Stockwood pointed to a recent example to illustrate his perspective. “I have a guy in Northampton who’s really keen to introduce transcendental meditation – it’s something he personally is very interested in. So, I’m letting him try it out to see if others get the same benefit and agree.”

Simply Business operates on a “Build-Measure-Learn” form of agile working from Lean Startup Methodology, and Stockwood is quite circumspect in his assessment of the numerous additions on offer, from pilates to a “culture club” and movie nights. “People are taking up all these things on offer, otherwise we would’ve stopped doing them.”

Elsewhere, the company has introduced what it calls the Impact programme, where employees self-selected themselves to volunteer for charity, with the business contributing the working days for it. One rule imposed by Stockwood was that those who volunteered had to select the charity they were fundraising for, and it would remain the charity for the next ten years or so. “I wanted it to have a real impact,” he said.

“It created an invested desire to support the programme. It hasn’t just been picked because the CEO or his wife likes it – it’s something they’ve all agreed on.” The current charity is the Kids Company, with Simply Business raising around £70,000 last year across various initiatives, from bike rides to baking, to the biggest challenge of 2014 – an Arctic biathlon. Various members of the management team took part, with the company planning to bring an additional team for 2015.

The camaraderie cultivated along with the flexibility provided regarding the benefits packages on offer has evidently proven to be important to staff. While the weekly yoga classes help employees’ physical and mental wellbeing, there are “peripheral benefits”, as Stockwood put it, that aren’t necessarily as immediately obvious, but are arguably no less important.

“If we were thinking in a purely Machiavellian way, we could see it solely for business gain,” he admitted, but the scope for individual progression is also significant. “We have a young woman called Harriet, she’s 22, and joined us a couple of years ago. She volunteered to run the Impact programme, which is providing all sorts of personal development opportunities,” Stockwood pointed out – referencing the financial, marketing and leadership elements to the role. The social side of these activities also allows staff to mingle and meet those they may not have much contact with on a day-to-day basis.

MVF, a digital marketing company, also made the top ten of the Sunday Times list, with perks including free breakfasts in the office daily, personal trainers in the park and an annual trip to Ibiza for the entire workforce of over 200. The impact on staff retention, as well as productivity, has meant CEO Titus Sharpe has seen this as a worthy investment. It may seem a shortcut to a temporary boost of positive feeling from employees – and it certainly doesn’t do any harm to the companies’ public perception. It is though, difficult to argue against introducing benefits like these, particularly if the company is more than equipped to do so.

“We’re in a stressful age, with lots of pressures, and you’ve got to make sure people feel like they’re taking care of themselves and their wellbeing,” Stockwood agreed. “It makes sense from a philosophical point of view too – it’s the right thing to do fundamentally, but it’s good to make people feel valued. It makes for a happier, more harmonious team.”

The unorthodox approach extends to Stockwood’s approach to work emails too. Inspired by German company Daimler, which introduced a “Mail on Holiday” service whereby all of an employee’s messages would be deleted if they were on holiday, he has introduced it as an option at Simply Business. “There’s this false economy, where you work twice as hard the week before you leave, then check your emails while you’re away, and then have a load of extra work to catch up on when you get back. So nobody ends up feeling relaxed after a break,” he explained.

Again, he stresses the importance of it being a personal choice, as everyone operates differently, but it’s something Stockwood himself uses – with some caveats. “I say to everyone I’m available if you need to contact, but only via a call, so make sure you want to make that call. I also don’t delete my investors’ emails, or my mum’s, but most things can be dealt with in your absence,” he said.

While it generally seems that employers also feel the next government could, and should, do more to provide support regarding employee wellbeing, a cultural shift is gradually unfolding, and businesses of all sizes are appreciating the link between a healthier, happier workforce and a more productive one. Virgin Media’s Sheffield contact centre for example, recently underwent a trial period of sit-stand desks for staff to try standing up for two hours a day to improve health. Stockwood hopes that more companies will make improving worker wellbeing a priority – “it’s no longer typically considered just the domain of HR”, he said. 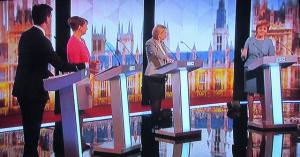 What has the election taught us so far about marketing a brand? 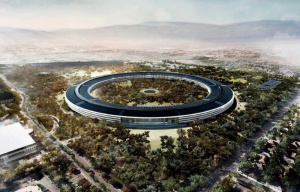