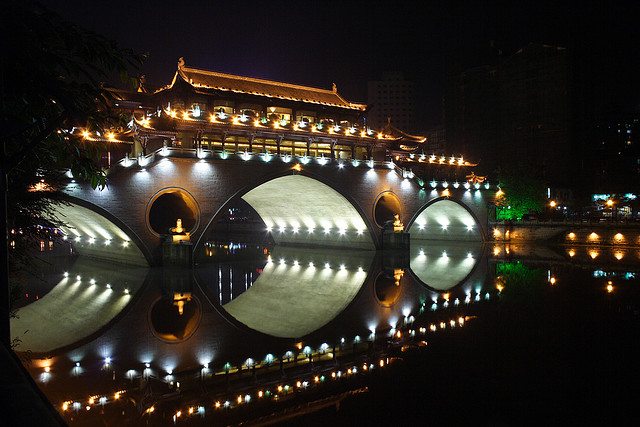 No let up today, with a busy schedule of meetings ahead. UKTI has done a great job of running this trip. Logistically, it’s been challenging to say the least. We were due to be back in Beijing from Shanghai today but last minutes changes keep us in Shanghai and then it’s a three-hour flight on to Chengdu…

Never heard of Chengdu? One third of UK FTSE 100 companies do business here. It’s regarded as the easiest city to do business in China and has direct flights to London. It has 15m people, currently forecast to rise to 20m in 2020 and the plans for its expansion are eye popping. The city’s PR, however, might need some help. The city’s slogan is: ‘Chengdu-Can do.’ The team in China are somewhat bemused by the less than favourable initial press reaction to this trip. However, the reality is that £5.6bn of export deals have been signed and the Chinese are delighted we are here. I am pleased to say that Cavendish’s deal with HFG China is one of pacts. Yesterday, anxious to ensure the Trade Minister, Lord Ian Livingston, would turn up on time for the signing of our agreement with a Chinese corporate finance house HFG China, I text him: “Do you know where to go?”  And I get a reply from Ian Livingstone the property mogul assuring me that he does… Oops … Meanwhile my television interview on the agreement I signed yesterday was aired on a local business TV channel to 500,000 viewers at 21:00pm last night. Let’s hope there were some bosses of Chinese companies watching anxious to link up with UK growth companies. The big but unreported deal here in China is the Memo of Understanding UKTI has signed with Ali Baba. Not the chap from the tale of the Forty Thieves, but the largest ecommerce company in China. It hosts a web site called Timal, where shoppers can find international brands and where the majority of B2C sales are made in China. This MoU will help UK businesses market their products directly to Chinese consumers. Promotions will include Buy British weeks and they will guide British businesses who don’t have a large, or any, Chinese presence straight to Chinese shoppers.  My final meeting of the day was with a lady who represents a company keen to buy UK businesses and so we had a very constructive chat, even if through a translator, about companies we know they could acquire.  The meeting ends as many do here with a request for a photograph together. I hope I don’t appear on someone’s Facebook. It’s been a great trip and now the real hard work begins in getting the first deal signed under our new agreement with our Chinese partners. Lord Leigh of Hurley is a senior partner at Cavendish Corporate Finance. Image source