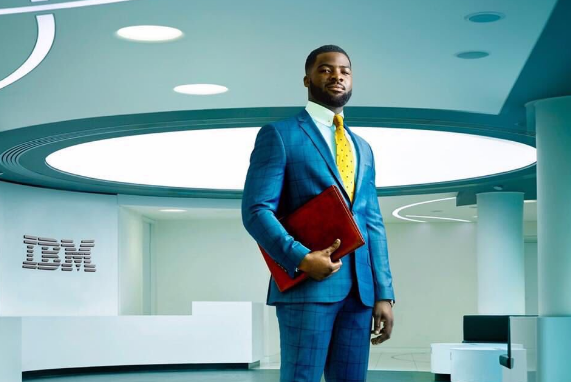 Share via
In the current economic climate post-Brexit, there is more competition for British businesses and those also looking to enter the workforce for the first time than ever before. Traditionally the university and graduate route has been the tried and tested path for many of the UK’s largest firms. While university places are on the up, and STEM subjects are certainly becoming more popular with both the sexes, it is now recognised that more routes into the labour market are required if the UK is to retain its seat at the global, economic top table – but how best to achieve this is, the key question. Chris Achiampong already has a highly respectable CV behind him at the age of only 21, and is one of the current intake of apprentices at multinational blue chip IBM. He believes that apprenticeships are as important to the future of the individuals that undertake them, as they are to the businesses that employ them. Destined for a footballing career, having been on the Arsenal academy books during his teenage years, Achiampong endured a serious injury and life took him in another direction. From the competitive sporting arena, to that of the competitive world of business, his path to his current job at IBM was through the apprenticeship programme rather than the maybe “more traditional” graduate scheme. “Coming from Ghanaian heritage, the place of education is of great importance. University for many of my friends was seen as the main objective whilst at school and, indeed, both my two older brothers went down the route of traditional higher education. For me though, it was not as black & white as that,” he explained. “Having a university degree is no longer the golden ticket to a job on graduation, and after a good deal of effort researching the options open to me as a school leaver, I decided that learning and gaining practical experience ‘on the job’ through an apprentice scheme was the correct path to take. “There is still a good degree of stigma around the ‘apprentice’ tag, but the reality of the situation today, couldn’t be further from that. Being an apprentice doesn’t have to mean manual labour, dirty overalls and greasy hands, and it most definitely shouldn’t be seen as the ‘poor relation’ of a university degree, which for many it still is.” IBM’s UK graduate, apprenticeship and student programme manager Jenny Taylor has been keen to highlight apprenticeships amidst the release of this year’s A-Level results.She suggested that students should not be deterred from university, but encouraged to consider all options, and that means institutions must inform them of the apprenticeship route. In addition to being beneficial to young people, Taylor said that businesses will also feel the perks of bringing in fresh-faced youthful recruits into the workplace.

Continuing with his insights, Achiampong added: “Peer, family and establishment pressure can be tough as you approach the end of school, but it’s massively important to be strong and keep true to yourself when determining your own career path – after all, you’re the only one who has to tread it. “Over the last three years during my time as an apprentice at IBM, and previously EY, I’ve met and worked with some extraordinary people, gained invaluable practical experience and grown as a business minded individual – not something I feel I would necessarily have done during three years of undergraduate studies.” On the theme of business studies. Dragons’ Den investor Peter Jones declared in July that school children as young as five should be taught the way of the entrepreneur. He spoke of the UK’s “uncertain post-EU economic path” and said that youngsters must be able to “dream big”, while developing self-belief in the process. “By no means am I berating university or higher education as an institution, and similarly I am not saying that apprenticeships will work for everyone who undertakes them either,” continued Achiampong. “However, it does seem to me that in the increasingly digital, competitive, fast-paced and dynamic world we live in, there has to be more ways to succeed in terms of avenues to work, especially as companies continue to pursue the goal of remaining relevant and profitable in volatile and evolving market landscapes. “For my part, apprenticeships certainly represent a positive and highly effective route into employment for employer and employee alike. Apprenticeships aren’t for everyone, but if you pick the right one, it certainly could be for you. “With the increasing support of internationally recognised companies like IBM & EY, not to mention the sustained backing of campaigns like the Government’s #GetInGoFar initiative, maybe 18 August [A-Level results day] will produce a groundswell of apprentices for 2017.” By Zen Terrelonge