When 18 year old Andrew Barnes, serial entrepreneur and mentor at Watershed, decided to do a fingers and toes traverse of the front face of Table Mountain in Cape Town, he wanted to prove he had the endurance, resilience and clarity it would take to achieve such a feat. At that age he had little idea of what he wanted to do “in the future”. Indeed, there would be no future if he failed in this challenge! However, what he did want to do was rigorously test his self-belief against the ultimate fears. While he had no career plans as such, what he achieved was a deeply ingrained model of behaviour that he would draw on continuously when facing similar self-induced challenges in the world of work – particularly as an entrepreneur.

Some 32 years on, Andrew is a successful entrepreneur and still a keen sportsman. His best advice to anyone preparing to launch into a new venture remains ‘be prepared’. In other words, ‘de-risk’ the entire process. Prior to making his traverse, Andrew had thoroughly researched, practiced and managed all the elements that might destabilise him. Failure had clear consequences. He had gone through the most rigorous de-risking process before he ventured!

The life-giving differentiator on this occasion was how to provide his mind with the emotional ecology that ensured he was focused on the process and not on the absence of supporting equipment. The risk of failure was always there but the percentage had been profoundly lowered by his rigorous attention to detail – skill-wise, external climbing conditions, physical and mental preparedness.

And this is without doubt one of the deciding factors when it comes to mitigating the high failure rate associated with entrepreneurial endeavour. It concerns investors as well as potential entrepreneurs – “do I risk myself?” is a lurking question many ask of themselves or the person putting money on the table. In a recent conversation with one successful investor, I was taken aback to find he was accepting of a high failure rate because, I guess, investors price this into their expected rate of return on those bets that win big time. So much for efficient capitalism!

In truth, defining ‘what it takes’ to “entrepreneur” an innovative idea throws up an array of models, attributes, psychological types and opinions which are of limited value. This is because they are, in general, hypothetical wish lists.

There is however a robust, non hypothetical insight into what real entrepreneurs “do” and when understood this has the ability to de-risk the ‘entrepreneurial’ ecosystem in a way that reduces the failure rate.

We know that if we interviewed Andrew and a sample of climbers who achieved similar levels of excellence, we would be able to derive a validated behavioural profile. This would show us the levels of coping behaviour (or competence) needed by a person to replicate his success to a high level of predictability. Take the case of Andrew. We know too that in terms of a successful climber behaviour, he demonstrated capability more than the ordinary. He is not “average”. Rather he is exceptional – and it is this level of success that holds our interest.

Using experience taken from the commercial world of competency profiling we could predict a high level of performance success where we recruited a mountaineer with a similar behavioural profile. This level of de-risking is based on orthodox competency insight that has been around in both theory and application from the 1940’s. It is based on the simple psychological observation that “past behaviour is a good predictor of future behaviour”.

In fact, the level of predictability is sufficiently compelling to suggest that a savvy business leader would insist that all the strategic roles (the ones that ensure the sustainable execution of the strategy at all levels within the system) are subjected to this discipline. It would be the surest way to build a sustainable high performance organisation.

It would be fair to say that many business leaders talk a good game as they aspire to build a high performing organization. However there are few who understand the power and criticality of this discipline. Most organizations pay lip service to the strenuous and disciplined requirements for using these insights. The result is often a “mish-mash” of approaches which are next to useless in predicting and ensuring high performance.

It is precisely the insights described above that can identify the successful entrepreneur.

Creating an Entrepreneurial Competency Profile means identifying, in detail, the coping behaviour used by successful entrepreneurs. Deconstructing this into levels of granularity can take days to evaluate and codify, however, the result of this analytical work is a robust profile not of a mountaineer, but instead, an entrepreneur.

The value of the resulting insight is that within very high levels of predictability – upwards of 70 per cent – one can predict whether a person is likely to succeed as an entrepreneur. Intriguingly, it is possible to gather sufficient insight at an early age – before 20 years old – whether there is an “entrepreneurial predisposition”. Being in a position to make a comprehensive comment on the competency levels an individual has for executing the required tasks expected of an entrepreneur is of enormous significance to an investor.

Quite apart from enabling the investor to establish how well a given entrepreneur will perform, it also gives clear indications of the best skills and capabilities that need to be added to the ecosystem in which an entrepreneurial idea is most likely to thrive. The idea itself is almost secondary until this is in place and it is a wise (and ultimately successful!) investor who recognises that it is human competence that makes the difference. 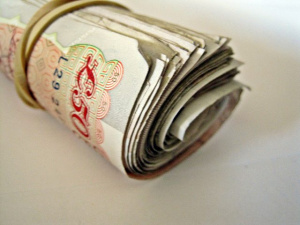 How to pitch your business to VC investors 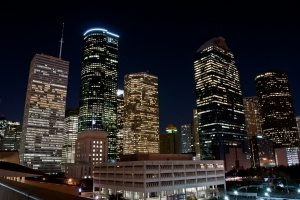