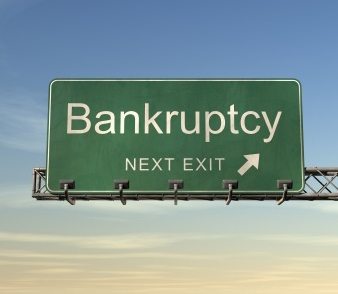 The Insolvency Service said 4,080 companies in England and Wales were liquidated between April and June this year – a shade higher than the first quarter but down 19.1 per cent on a year earlier.

But analysts remain sceptical: “Businesses are still continuing to struggle with cashflow. Many are already in the danger-zone but have been propped up by initiatives such as HMRC’s Time to Pay Scheme,” says Jackson of RSM Tenon.

“The fate of businesses now lies in the ability of the management and the implementation of phasing out these initiatives,” he continues. “An immediate withdrawal will leave businesses in a worse position they were in during 2008.” Clive Lewis, head of ICAEW Enterprise, expects insolvency figures to shoot back up: “Prior to the recession, banks would have pulled the plug on many businesses they saw as being in trouble. Recently though banks have held back from putting firms into insolvency, believing that there might be more value in letting them continue. They now have to bite the bullet and I expect the numbers to increase soon, especially with the results of the public sector cuts beginning to be felt by those who have contracts with national and local government.”