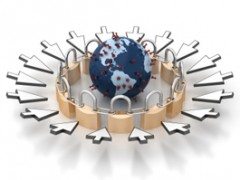 A patent owner has the exclusive right to exploit an invention protected by the patent and so can establish itself as a market leader resulting in a higher return on their investment. The term ?invention? implies that the product for which protection is sought must be groundbreaking. However, many companies fail to realise that a patent may be obtained for relatively small modifications or improvements to an existing product or process, especially if it provides an advantage or solves a technical problem. The aim of a patent is to protect the underlying concept of an invention to ensure that a competitor cannot copy it and achieve the same advantages but avoid infringement by making some minor alterations. As it is not possible to obtain a valid patent for something that is already known, a balance must be struck between defining the invention as broadly as possible to cover all the modifications that a competitor may try and make in order to circumvent the patent, whilst at the same time defining the invention in sufficiently narrow terms to avoid covering something that has already been done before and which would render the patent invalid.? Even a single public disclosure or sale of a product incorporating the invention prior to filing a patent application can be enough to render a patent invalid, so it is important that consideration is given to whether an application should be filed at a relatively early stage and budgeted for in the overall project costs.

Although intellectual property is commonly relied upon to deter copying, IP ownership can provide other benefits that should not be underestimated. Patents are a commodity that may be bought, sold or licensed and so provide an opportunity to generate revenue.They can also be used as a negotiating tool when seeking to acquire the right to use a patent belonging to a competitor. The existence of a patent portfolio can also increase the market value of an SME, demonstrate a high level of expertise within the company and make it easier to access finance.

Patent ownership provides a company with an opportunity to claim a reduction in corporation tax under the UK government?s new ?patent box? tax initiative. As the provisions are generous, the potential tax savings available under this scheme could easily outweigh the costs associated with obtaining a patent over the longer term, especially for more profitable products. Many SME?s are unaware of this incentive that positively seeks to encourage innovation and the filing of patent applications seeking to protect that innovation, in exchange for a reduction in tax.

An SME should not ignore the vast amount of information available in published patent applications filed by others. A search through existing patent literature can reveal valuable information relating to competitor activity and may help focus design and development efforts. A review of existing patent information can also help identify any patents that are still in force to ensure that an SME will not infringe the rights held by others. Patent databases can therefore act as a very useful tool for an SME.

A trade mark or brand is a distinctive sign or word that distinguishes certain goods as those produced by a particular SME. Consumers are extremely brand-aware and they rely on trade marks to identify the source of a product. By registering a trade mark, an SME can obtain exclusivity to that mark and can seek to create a corporate identity that can be used to prevent competitors from taking advantage of the goodwill and reputation that has developed in relation to a particular sign associated with an SME.

With careful management and control, IP ownership need not become an unrealistic cost burden and can have a number of advantages in addition to its traditional function as a deterrent against copying. Ian Grey is a Chartered and European Patent Attorney and partner of the patent and trade mark firm Venner Shipley LLP. Ian regularly advises SME?s on cost-effective protection of their intellectual property.