New research by intellectual property specialist Aistemos, which counts ARM and BAE Systems among its clients, has found that some 58 per cent businesses now spend more than $1m on intellectual property each year, while just 20 per cent have budgets of less than £250,000. Spend may be rising, but there are significant problems with how companies assess and communicate the value of intellectual property as many business leaders remain in the dark about its true impact.

This is because intangible assets are often completely absent from annual reports, the report claimed. Patents, for example, when they are mentioned in financial disclosures, tend to be lumped together as a number of filings or grants, without attributed value.

“As the UK moves to an increasingly knowledge-driven economy, the importance and role of intellectual property in enterprise creation, growth and development also grows apace,” said Charlotte Chung, enterprise and innovation policy adviser for the Federation of Small Businesses, commenting on the new research. “One area that warrants special attention is the growth of intangible assets, such as reputation and design. Over the past few years, investment in intangibles has grown to outstrip more traditional tangible assets. For businesses looking to better capitalise on their innovation, this increased attention creates great potential, particularly for growth.”

Aistemos surveyed nearly 100 business leaders, from high-level executives at some of the world’s most innovative companies, including BAE Systems, Siemens and Bayer, to the founders of small, fast-growth startups, to compile its study.

Many of these leaders have traditionally viewed intellectual property strategy as best left to the lawyers or the departments in charge of building intellectual property portfolios but this is slowly changing. Aistemos’ Rise and Rise of IP report stated that while competitive intelligence and risk management remain primary concerns for 60 per cent of business leaders, changes are afoot as intellectual property licensing and litigation are now a close second, both stated as being “very important” for 40 per cent of respondents.

Siemens chief IP counsel, Beat Weibel, who contributed to the Aistemos research, said that the technology giant was “built on patents”, which has meant that intellectual property is viewed as a fundamental part of business strategy.

“Siemens invests a lot of money in research and development – around €4.5bn in 2015,” he said. “We have to protect these innovations and ensure that competitors can’t simply copy the knowledge and results we’ve gained. To do that, we need to hold the intellectual property rights. They are the key to Siemens’ treasure chest of innovations, which nobody should be able to steal.”

Without a standardised way of communicating value, which was universally used, they claimed, this could be a way to obfuscate a company’s true worth, or generate huge swings in its value.

The rise of big data has given companies the tools to understand not only their own intangible assets, but those of rivals and partners too. “Information about intangible assets is no different or less important than financial data or other economic indicators,” said Nigel Swycher, CEO at Aistemos. “The bridge that needs to be built is between the world of intellectual property and the decision makers. This is becoming much easier now that there is sufficient data to analyse and the computing horsepower to master it. I see our role as ensuring that the right information flows to the right places at the right time.”

Just 15 years ago, five per cent of the world’s population was connected to the internet; now that figure stands at 40 per cent. The FSB’s Chung said that business leaders who do not see themselves as being rich in intellectual property may be ignoring valuable assets to their detriment: “There are real challenges in being able to clearly identify and measure the intellectual property that exists in their business and many business owners will not even be aware that they have created or own intellectual property worth protecting.”

The Aistemos research is being published, chapter by chapter, over the coming three months, and aims to shine a light on the issues and opportunities that the modern intellectual property-rich economy presents. 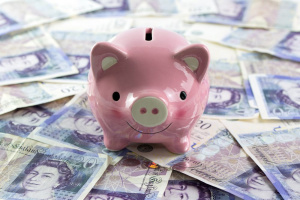 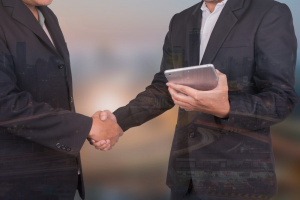