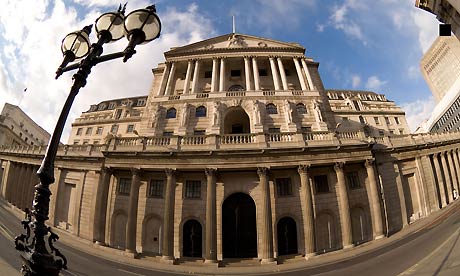 The minutes of the Bank of England’s November policy meeting have been released, showing that while the UK economy is (finally) on the right path, there are no major inflation risks. The Bank of England therefore will not rush to raise interest rates.

The nine members of the Bank of England’s Monetary Policy Committee (MPC) voted unanimously to leave interest rates at 0.5 per cent, where they have been since March 2009. While the MPC lowered its forecasts for inflation and was positive about unemployment falling more quickly than was expected, the Bank did admit there were still uncertainties about the durability of the recovery. “Last week’s inflation report took a lot of the pressure of this minutes release,” says Jeremy Cook, chief economist at World First.  “Last week, we heard that the Bank’s expectations of when it will see the 7.0 per cent unemployment threshold had been moved into Q3 2015 from Q2 2016, but that even if that mark is hit, rates in the UK are not guaranteed to go higher. Today’s minutes do nothing to move that.

“One comment that sticks out from the recent optimism surrounding the UK economy from the publication today is that the MPC believes that ‘there is uncertainty about durability of (the) recovery’. Hopefully this is an acknowledgement that while some survey data, particular that surrounding the recovery in housing, has been hitting record levels, key facets of the recovery – wage pressures in particular – remain significantly below par.”