He’s spent the last 20 years as one of the world’s five richest individuals, so people from all around the world tend to listen when a bit of Buffett investment advice is provided.

His commitment to long-term investments in businesses with diversified revenues streams is legendary – reflected in Berkshire Hathaway’s 19 per cent compounded annual gain between 1965 and 2016.

In his annual letter to shareholders this year, the so-called “Sage of Omaha” decided to touch upon a few observations he had about stock tips. Buffett investment advice on this front centred on him learning a “good deal about human behaviour” in his years of being asked for guidance.

His regular recommendation is to back a low-cost S&P 500 index fund. The S&P 500 is an index derived by a committee from the market capitalisation of 500 of largest companies listed on the New York Stock Exchange (NYSE) or NASDAQ markets.

While those investing from a basis of more “modest means” have tended to follow his suggestions, Buffett investment advice has largely been ignored by “mega-rich individuals” who have asked for tips. This also extends to institutions and pension funds.

“Instead, these investors politely thank me for my thoughts and depart to listen to the siren song of a high-fee manager or, in the case of many institutions, to seek out another breed of hyper-helper called a consultant,” he explained.

The quandary here, Buffett identified, is that the high-fee manager or consultant isn’t going to get much repeat business if they always advise sticking to an index fund replicating the S&P 500. Rather, they suggest what he called “small managerial shifts” every year or so, which justify the big fees and allow them to package up simple steps in what Buffett gloriously calls “esoteric gibberish”.

This observation of plumping for advise that is paid for over what is dished out for free is an interesting one. Buffett obviously has some pretty solid numbers to call upon and justify the benefit of heeding his tips, but it’s harder to draw conclusions when it comes to general business advice.

“My calculation, admittedly very rough, is that the search by the elite for superior investment advice has caused it, in aggregate, to waste more than $100bn over the past decade,” as he put it.

Any business owner worth their salt has a network of contemporaries who could, in an increasingly digitised age, provide quick, simple and impartial advice that could work wonders. However, we still live in a world where advisory firms like McKinsey & Company, Booz Allen, Accenture and Boston Consulting regularly command huge fees to provide advice which isn’t that different – but is guaranteed to be wrapped in “esoteric gibberish”.

In the UK, professional services firms such as EY, Deloitte and PwC have produced tailored offerings in the smaller business space – believing there is value in offering advice and guidance to business owners and entrepreneurs that previously thought services from these firms were reserved for anointed stock market-listed companies.

But this discounts the value of a professional network. From our rolodex (if you still have one) to the divisive LinkedIn, it’s possible to have all manner of business advice accessible at your fingertips or touch of a button.

So the Buffett investment advice included in his annual shareholder letter could also be considered more general Buffett business advice. If you are paying for someone to guide you through a particular issue you’re going to listen pretty intently to what is being told. But don’t ignore what is dished out for free, or you could end up as one of those “mega-rich individuals” that Buffett knows – who asked, but did not act, on his wisdom. 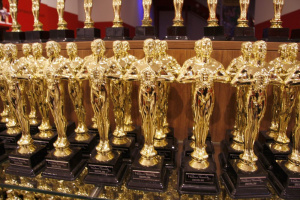 What should businesses learn from the movie industry