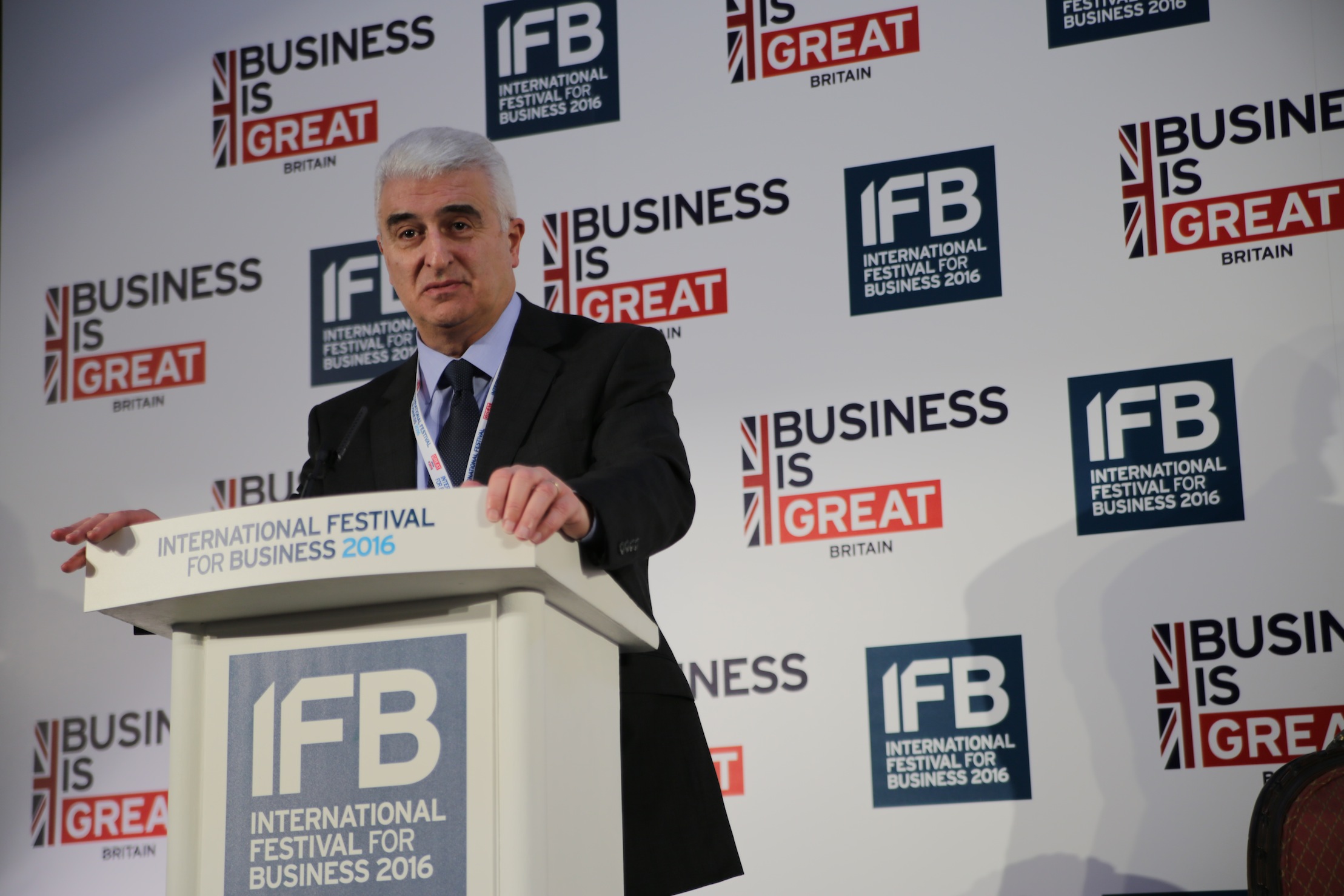 On the back of its 2014 outing, which reportedly resulted in ?300m worth of trade and investment deals and is expected to produce 10,000 new jobs by 2017, the 2016 event will be only three weeks long and include a number of new features, the festival?s chairman Max Steinberg told Real Business.

The start of the 2016 festival was kicked off through a ceremony held at Lancaster House in London, and featured discussions including Google UK vice president Matt Brittin, JCB director Philip Bouverat and Gandys co-founder Rob Forkan. Sitting down with Real Business to go into further detail on the 2016 International Festival for Business, Steinberg said: ?2014 was the first time Britain has done anything like the festival since 1951, when we had the Festival for Britain. The target government set was ?100m of exports over five years, and the [2014] festival will bring in ?300m of investment within three years. ?I was delighted that, four weeks after the start of the [2014] festival, the chancellor announced we?d be doing it again in 2016. In 2016 it will be shorter, sharper and more focused. We will be putting on display the best of British products to a world that doesn?t always know what we?re producing. ?I think we?ll be doing something called meet the buyer, where we?ll be bringing buyers in from some of the major purchasing organisations in the world to meet people actually producing goods. So it?s a real meeting place for international businesses to meet with guests from abroad, to meet with buyers, to produce more exports and see more FDI [foreign direct investment] for this country. ?There is something about our psyche in Britain that means we don?t always put on display what we?re great at, we seem to be shy.?

Liverpool will be hosting the festival for a second time, and Steinberg believes that the city ?stood up to the plate? first time round and is a great example of the northern powerhouses the government and opposition are so keen to promote. In 2014, nearly 70,000 delegates from 92 countries descended on Liverpool, figures the festival and the Department for Business Innovation & Skills hopes to top in 2016. Business organisations including the Confederation of British Industry (CBI), Federation of Small Business (FSB) and British Chambers of Commerce (BCC) are involved with the festival. Rather than 2014 when the festival ran over seven weeks, 2016?s event will begin on 13 June and run for only three weeks.? Cable commented: “The success of the inaugural International Festival of Business in 2014 was a demonstration of our determination for the UK to remain a top destination for foreign investment, and I’m sure IFB 2016 will be an even more ambitious event. “Our economy is outperforming many or our rivals and now more than ever investors are looking for opportunities in Britain, from large infrastructure projects to small, innovative startups.” Before that, the GREAT Festival of Creativity will be journeying to Shanghai in an effort to showcase creative businesses located in the UK. As covered by Real Business at the beginning of February, the Duke of Cambridge-led UKTI trade delegation will take 500 British businesses in technology, healthcare, design, luxury goods, entertainment and education to reach the Chinese audience and display UK creativity. Read more about the?GREAT Festival of Creativity: Well-known entrepreneurs such as Jo Malone, who set up her self-entitled business in the 1990s before selling it to Estee Lauder in 1999 and recently founded second venture Jo Loves?, will be part of the trip. By Hunter Ruthven Were you part of the International Festival for Business in 2014? Tell us about your experiences in the comment box below.