Sadly, the progress of change for women has been continually hampered by the more extreme feminists, and today’s title alone will turn many people off – with many assuming that it is run either by some looney far-out extremists or as a purely business-orientated effort to put more women in the boardroom.

Neither is true. To understand International Women’s Day, you need to look at how recent any change in the role and status of women have been and how much progress worldwide still needs to happen. In Britain, all women over 21 gained the right to vote in 1928 – less than 100 years ago.

International Women’s Day is not just about equal rights in a boardroom, but about basic human rights for women – and this too often gets forgotten. It is incredible to think that more than one-third of women worldwide have experienced, or will do, physical or sexual violence. At least 46 countries across the globe have no laws protecting women, but for most the reality is that the violence comes from a partner. Here in progressive Britain, rape within marriage was only made illegal in 1991. Even now much of the violence goes unreported.

International Women’s Day campaigns for education, in a world where two-thirds of adult females are still illiterate. When you consider this statistic, the following ones seem less surprising. By 2014, there were only 19 female heads of states and only 17 per cent of the world’s cabinet ministers were women. Of the 500 richest people in the world, just 55 are women.

In the world of business, less than four per cent of the CEO’s of the world’s top 500 corporations are women. Some 53 per cent of women working globally are in jobs that are insecure and unprotected by labour laws. On average women still earn less than men in every sector and occupation according to the UN.

Have a look at some of our other International Women’s Day coverage:

The world may be changing, but for women it is changing too slowly. One of the reasons for this is that with so few women in power, it is less likely for the changes needed to take sufficient priority on agendas. And the agendas stated above are somewhat more serious and deep reaching than much of the feminist clap trap that turns all men, and so many women, off these serious issues.

Small wonder resourceful women have often turned to self-employment to make their own way. And self-employed women have delivered most of the jobs that David Cameron and his buddies are so keen to call Britain’s economic recovery. Since this recession started in 2008, over 58 per cent of the newly self-employed have been female.

At the same time, three-quarters of the new self-employed are over 50, so more women finding themselves on their own and are suffering from lack of pension funds. Equally, many single mothers have been forced to review self-employment as a possibility as a result of the benefit cuts.

One of the down sides to all this is that while self-employed women are working more, they are earning less. The gender pay gap is believed to stand at a staggering 41 per cent in self-employment.

So here we are again – women doing a lot for very little. And personally I am proud of what we achieve and am celebrating it on International Women’s Day. We can still celebrate managing as well as we do while we hope and strive for change. 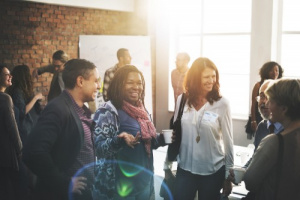 How to succeed in your most important relationships at work 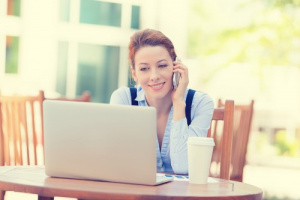 What is psychology of female workers – and would it make a difference of firms knew?