Are we making progress? It’s a question this year’s International Women’s Day seeks to address. One apt description came from Psychology Today, in which writers Rosalind Barnett and Caryl Rivers claimed the landscape for women appeared “as confusing and chaotic as the one the young protagonist in Alice in Wonderland deemed ‘curiouser and curiouser’.”

Underneath “was a pattern” to be found, they said. There were a series of landmines that had to be navigated, which increased in size the higher up the career ladder a female went. A study by the World Economic Forum (WEF) for International Women’s Day even found that despite the spotlight being firmly on equality, women are finding their ladders chopped on a more frequent basis – to the extent that we’re now making less progress.

“Unfortunately,” the WEF explained, “data shows the gender gap is widening, so there desperately needs to be new ways of thinking. Progress is regressing and moving backwards. Instead of taking 170 years to close the gap at the current rate of progress, it is estimated that gender parity across the world will take over two centuries – 217 years to be exact.

“Data also shows that when women are present and participating in leadership roles, more women are hired across the board. This detail holds true even when taking into consideration the disparities in the size of female talent pools across various industry sectors.”

That’s one way to get progress back on track. The International Women’s Day website expresses that progress means not being complacent – that everyone needs to get involved from employees and employers to entire communities. The definition of progress was also brought up by SAP, which, ahead of International Women’s Day, asked its leadership team for their thoughts. We rounded up some of their opinions:

Adaire Fox-Martin, executive board member – “Diversity is the innovation engine. To progress one needs a strong focus on diversity and inclusion. This will lead to a more inclusive culture, allowing companies to serve an increasingly diverse customer base, attract and retain talent, and compete in a rapidly-changing global economy.”

Lee Gazit Gordon, education senior executive – “Women need to be strong, dedicated and focused. Achievement is predominantly about self-confidence and marking high goals for yourself. If you work in collaboration and establish a professional network within your organisation, you reach those goals.”

Melissa Di Donato, chief revenue officer – “Make your voice heard. Have high expectations and challenge yourself and those around you to do and be better. It is critical that we support each other – only when we do that can real progress be achieved.”

Magali Glover, head of SAP UKI Alliances, channels and partners – “It is a fact that women have a different approach to the challenges and opportunities in life, but that is not a bad thing. So progress is about celebrating the things that make us different because they make us special, stand out and be remembered. Who wants to be the same as everyone else?”

Leila Romane, head of cloud – “For me, it’s important to always be yourself and bring that to work. That’s my definition of progress. It will also allow people to trust and respect you more.”

Phil Davies, head of solutions consulting, SVP EMEA North – “Progress means that by the time my daughters get to work gender equality will be a non-issue. We are making great progress but there is a way to go.”

Tom Loeffert, HRD – “Progress to me is that women hold 50 per cent of all positions, that we raise and educate boys and girls to believe that they can truly become anything, despite historical gender roles. Progress means that we actually don’t need diversity and inclusion programs because we base our assessment of people purely on their ability.” 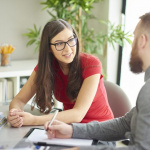 The movement calling out sexual harassment has led to an increase in male managers shirking responsibilities towards female colleagues. 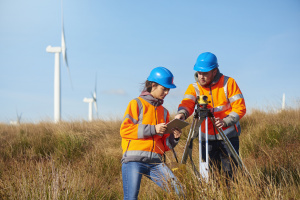 Britain has never needed a strong apprenticeship system so badly