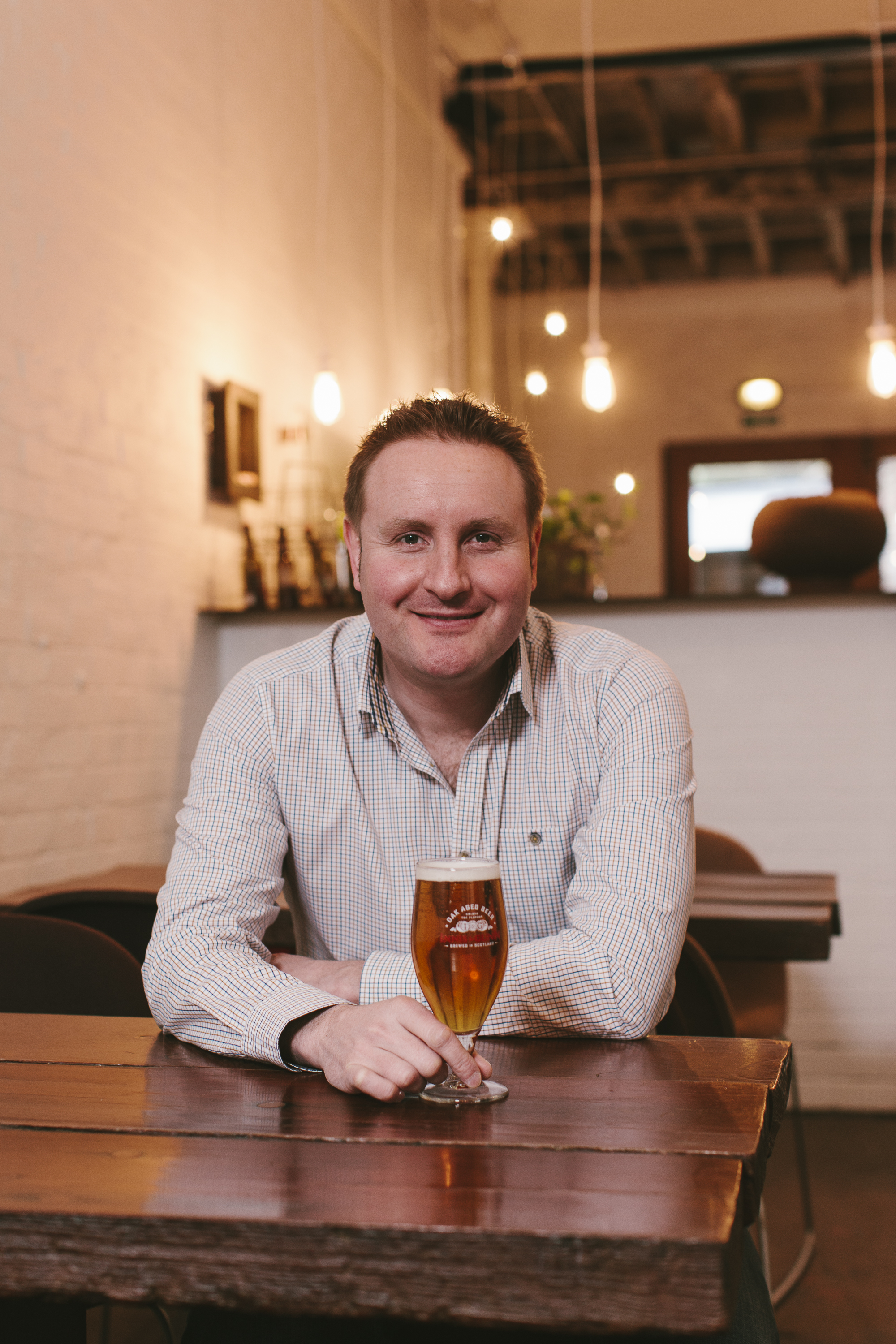 Brewing runs in Dougal Sharp’s blood. Now the CEO and founder of Innis and Gunn, his career in beer began when he was aged just 14 after his father led the management buyout of Edinburgh’s Caledonian brewery in 1987.

From then on Sharp spent much of his school holidays working in the brewery. ?Basically I was asked to do all the shit that no one else wanted to do for ?2 per hour,? he says. ?The brewery was right down the road from my school so we would often go down for a few pints ? it got into my blood big time back then.? After a stint at university, Sharp gave up his career plans and returned to the brewery to help the rebuild after it burnt down. Innis & Gunn Sharp’s company Innis & Gunn was created by accident. He was approached by whisky maker Grant’s to produce a beer which would be used to flavour barrels to give the whisky a different taste. ?But then because that was happening in Scotland, the beer wasn’t getting chucked away, it was getting drunk by the workers, who had cottoned on to the fact that the beer that had been in these oak barrels had completely transformed in flavour,? says Sharp. Grant’s and Sharp embarked on a joint venture in 2003 to produce and sell the beer, and Innis & Gunn was born. The partnership lasted until 2008, when Sharp initiated a management buyout just weeks before the financial meltdown. ?We were financing the acquisition of entirely intangible brand assets. There were no bricks and mortar or goodwill, so it wasn’t a straightforward lend for the bank. If I had wanted to do it a couple of months later then we would never have managed.? The company has grown steadily since then, with double-digit growth in turnover and export sales since 2005. Exporting success A key panel in Innis & Gunn’s growth strategy has been exporting, and 77 per cent of their turnover made up of overseas sales. Sharp says: ?There are huge opportunities internationally. There are many things that markets around the world love and respect about things that are made in Britain and so we have a real competitive advantage in certain areas because of that.? They’ve particularly targeted Sweden and Canada where whisky is popular, as these are the markets where people are more likely to appreciate Innis & Gunn’s distinctive flavour. Their beers are now the most popular bottled imported beer in Sweden and most popular bottled British beer in Canada. The USA is also set to become an important market. Sharp adds that it’s worth talking to UKTI or other successful exporters in your sector if you’re planning to take your business overseas. ?Any business contemplating export needs to go and get some help and advice,? he says. ?International brand building ain’t easy. It’s a lot harder than it is here because you know this market, you understand every bit about it. ?Whereas overseas you will be dealing with different cultures, different ideas, different ways of doing business and consumer behaviours. So it’s worth just spending the time trying to get an understanding of what those dynamics are before you sort of surge into it? In the future, the brand’s short-term goal is to reach sales of more than 2m cases, which Sharp believes will happen sometime next year. He says he has no plans to ever sell-up. ?For me it’s always going to be a long-term play,? he says. ?Given my experience at William Grant’s with its 187 year history, you couldn’t fail to be impressed by this guy who built a distillery and here it was nearly 200 years later a big international business and I would love for that to happen to the brand which I’m currently a custodian of.?