Why did we launch the Philanthropic 30? Why exactly have we been looking for Britain’s most caring companies?

Many a business today have become more interested in the world around it, rather than simply generating profits – something we know as corporate social responsibility (CSR).

Of course, CSR programmes are particularly common in large corporate firms, which generate equally large revenues to fund such initiatives.

Take Microsoft – which has around 115,000 staff – as a prime example. Its site has a dedicated CSR page that declares: “At Microsoft, our policies and business practices reflect a commitment to making our planet a better place.”

Having been founded by Bill Gates, the world’s richest man and perhaps best known philanthropist, something would arguably be amiss if Microsoft didn’t give back.

However, despite being a fraction of the size of corporates, growing firms are also keen to give back. In fact, some SME leaders have been inspired by business giants to take on a philanthropic mentality, rather than disheartened.

Deloitte’s 2017 Millennial Survey found that 76 per cent now regard business as a force for positive social impact, though one that still sometimes falls short of its potential to address the most pressing social challenges.

And last year the government’s Mission-led Business Review found evidence that companies that embrace social priorities have a competitive advantage over those that do not.

Philanthropy can come in many forms. Gates has been supporting developing countries and one rather memorable effort saw him drinking water that was sewage just moments before.

On a smaller – but no less considerate – scale, teams in growing businesses can be seen fundraising through different initiatives, sending staff overseas to support natural disasters, providing education to the underprivileged and more.

Some naysayers have suggested CSR and philanthropy is a PR exercise, but with the launch of the Philanthropic 30, we’ve been keen to highlight the 30 most caring SME companies in the UK.

These are companies that truly have philanthropy laced throughout the business in one way or another – backed up by the fact none of them have corporate-sized budgets.

To whittle down the Philanthropic 30 entries from across the country to just 30, a panel sat down to decide the stand out candidates, comprising two Real Business journalists and two external judges:

The Tottenham Hotspur Foundation was officially launched ten years ago, granted charitable status at 10 Downing Street in January 2007. The football club’s division has generated over 2.75m opportunities in that time, supporting employment, education, community and more.

“It was a pleasure to be part of the Philanthropic 30 judging panel and see so many examples of innovative approaches to supporting good causes,” said Cornwell.

“It was also brilliant to see that so many of the companies who entered now see CSR as a core part of their business, and that are encouraging their staff to be more actively involved in supporting community projects to help improve the lives of people both locally and on an international basis.”

Hale added: “There is an accelerating shift around people’s perception of the purpose of business, as being not only to generate profits but also to improve and contribute back to society, engaging with stakeholder communities as it does so. Part of this is driven by employees, who want to align their careers with their values.

“It is therefore encouraging to see so many UK organisations that have made a genuine and sustainable commitment to serving a social or environmental cause – particularly those that have placed this at the very core of their operations, rather than simply as a CSR bolt-on or afterthought.

“It is driving the creation of innovative new models that achieve profit with purpose, and the adoption of existing structures such as B Corps and co-operatives, that enable founders to embed their social mission at a fundamental level. These 30 organisations are part of a very exciting trend that is only going to grow.”

Together, we observed the numerous entries to determine Britain’s most caring companies.

So, without further ado, meet the Philanthropic 30 2017 – listed in reverse alphabetical order. 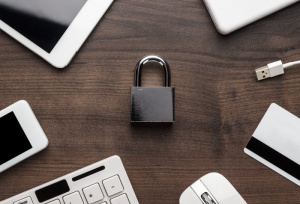 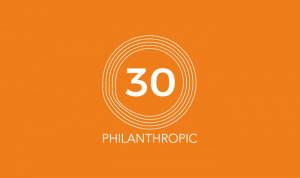